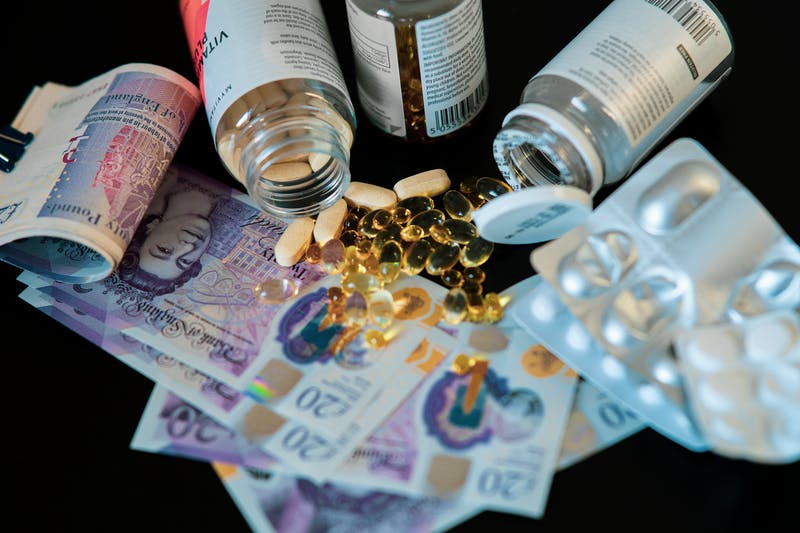 Helen S reveals how the pharmaceutical industry hides unfavourable results from medical trials. She warns of the risks to human health, and proposes how we can make medical research more robust and trustworthy

Have you ever questioned the little pills prescribed by your doctors? I had not, until I began working on this article – and the truth is, we know less than we should about them. It is scary to think that, though these medications are supposed to heal us when we are feeling poorly, in reality, that it is not always the case.

Clinical trials are experiments or observations done for clinical research that compare the effects of one treatment with another. They may involve patients, healthy people, or both. Some are funded by pharmaceutical companies, and some are funded by the government. I will mainly focus on the phenomenon of hiding negative data in industry-funded trials.

Research done in 2005 by Evelyne Decullier, Senior Research Fellow at Hospices Civils de Lyon, compared registered trials that have failed and those that have succeeded, and which ones appear in the medical journals and academic literature. They consistently found that only half of trials are ever published and that positive results are 2.5 times more likely to be published than negative results.

Now, you might say, ‘how can those trials possibly affect me or other ordinary people?’ Well, read on…

Why this matters for your health

Lorcainide is an anti-arrhythmic heart drug and was tested in clinical trials in the 1980s. The results showed that patients given Lorcainide were far more likely to die than patients who weren’t.  But those results were not published until 10 years later, and during that time, doctors had been prescribing the drug to patients. According to Dr Ben Goldacre, director of DataLab at Oxford University, it has been estimated that more than 100,000 people who had taken Lorcainide died in America as a result. And Lorcainide is not a single case. Similar things may be happening to other clinical trials relating to drugs such as anti-depressants or cancer treatment.

The lack of transparency can also affect decisions on government spending. From 2006 to 2013, the UK government was advised to buy a drug called Tamiflu which was supposed to reduce pneumonia and death caused by influenza. The UK government went on to spend £424 million stockpiling this drug. But when the systematic reviewers tried to gather up all the trials that have been done on Tamiflu, they realised that the government had only seen a small number of the trials. They battled for years to get the trials from the drug company, and when they had finally got all of them, they found that Tamiflu was not sufficiently effective to justify that large a cost. If companies continue to withhold trials, similar expensive trials are going to be repeated, putting the volunteers, patients and doctors in danger.

Pharmaceutical companies have failed us, so what about the law? In America, it is required that medical trials held in the US need to be registered and have their results submitted within one year of the trial finishing. However, when scientists looked back at the data in 2015, they found out that only 20% of trials were submitted and reported.

Industry-funded research is not the complete villain in this situation. During these types of research, discoveries are more likely to occur (Adam, 2005; Adam, Carrier, & Wilholt, 2006; Carrier, 2004). And thanks to funding from industry, scientists are less pressured to present something that is directly linked to real‐world use, compared to public or government-funded projects (Carrier, 2011). And as we all know, new technologies all start with discoveries.

Here are some suggestions from scientists for improving the current situation: to increase the transparency, to increase reproducibility and the most doable one, effective criticism (Elliott,2018). Out of these, the criterion that is the easiest to modify is to have more effective criticism. It is important to acknowledge that criticism doesn’t need always to be negative. Though the agencies that are usually responsible for evaluation can be limited by a variety of reasons, such as  understaffing or political issues, “they can get more involved in designing the safety studies performed by industry in specific cases,” suggests Philosopher of Science, Kevin Elliott. (A safety study is a study carried out after a medicine has been authorised, to obtain further information on a medicine’s safety, or to measure the effectiveness of risk-management measures.)

Luckily we have the technologies in our hands. Alpha Fold is leading the scene: it has done some amazing and accurate predictions on predicting the 3D shape of proteins, meaning scientists can facilitate the design of stable protein. It can also help to make sense of X-ray data to determine crystals structure; before Alpha Fold was invented, determining the structure of proteins to do structure-based drug design could take 3-4 years. Now they are presented in front of you in less than an hour.

Everyone is different, some people might have allergies, and some drugs might not even work for some people. To avoid these situations, technologies such as AI could make your prescription personalised to you. By analysing your DNA information sent to your pharmacy, AI would analyse the dosage and the drug suitable for you. The 3D printed “polypill” is a single pill that has all the personalised medication you need in one day in one pill, which is remarkable.

Hopefully, now it is a little easier to understand the importance of transparency in clinical testing. Trial results were never just numbers – they are directly linked to the lives of millions. Pharmaceutical companies were not simply hiding data – they were hiding the deaths of the volunteers and patients, and the money of families wasted on more expensive but less effective treatments. There must be, without doubt, serious consequences if companies don’t follow regulations.  I believe there will be hope if the scientists use technology effectively and if a better research environment is created for future generations.