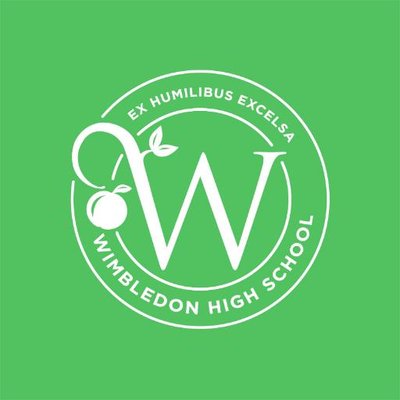 Rachel Evans, Director of Digital Learning and Innovation at WHS, looks at the links between Art and Artificial Intelligence, investigating how new technology is innovating the discipline.

What is art? We might have trouble answering that question: asking whether a machine can create art takes the discussion in a new direction.

Memo Akten is an artist based at Goldsmith’s, University of London where much exciting work is taking place around the intersection of artificial intelligence and creative arts.

Akten’s work Learning to see was created by first showing a neutral network tens of thousands of images of works of art from the Google Arts Project.  The machine then ‘watches’ a webcam, under which objects or other images are placed, and uses its ‘knowledge’ to create new images of its own. This still is from the film Gloomy Sunday. Was it ‘thinking’ of Strindberg’s seascape?

I have been fascinated by this artwork since I first saw it and have watched it many times. The changing image is mesmerising as the machine presents, develops and alters its output in response to the input. It draws me in, not only as a visual experience, but for the complex response it provokes as I think about what I am seeing.

Akten describes the work as:

An artificial neural network making predictions on live webcam input, trying to make sense of what it sees, in context of what it’s seen before.

It can see only what it already knows, just like us.

In 1972 the critic John Berger used the exciting medium of colour television to present a radical approach to art criticism, Ways of Seeing, which was then published as an affordable Penguin paperback. In the opening essay of the book he wrote “Every image embodies a way of seeing. […] The photographer’s way of seeing is reflected in his choice of subject. […] Yet, although every image embodies a way of seeing, our perception or appreciation of an image also depends on our own way of seeing.” When Akten writes that the machine “can see only what it already knows, just like us” he approaches the idea that the response of the neural network is human-like in its desire to find meaning and context, just as we attempt to find an image which we can recognise in the work it creates.

If the artist is choosing the subject, but the machine transforms what it sees into ‘art’, is the machine ‘seeing’? Or are we wholly creating the work in our response to it and the work is close to random – a machine-generated response to a stimulus not unlike a human splattering paint?

Jackson Pollock wrote “When I am in my painting, I’m not aware of what I’m doing. It is only after a sort of ‘get acquainted’ period that I see what I have been about. I have no fear of making changes, destroying the image, etc., because the painting has a life of its own.” Is the neural network performing this role here for the artist, of distancing during the creative process, of letting the ideas flow, to be considered afterwards?

Is the artist the sole creator, in that he has created the machine? That might be the case at the moment, with the current technology, but interestingly Akten refers to himself as “exploring collaborative co-creativity between humans and machines”.

I find this fascinating and it raises more questions than I can answer: it leaves me wanting to know more. It has prompted me to delve back into my own knowledge and understanding of art history and criticism to make connections that will help me respond. In short – encountering this work has caused me to think and learn.

In the current discussions in the media and in education around artificial intelligence we tend to focus on the extremes of the debate in a non-specific way – with the alarmist ‘the robots will take our jobs’ at one end and the utopian ‘AI will solve healthcare’ at the other. A focus for innovation at WHS this year is to open up a discussion about artificial intelligence, but this discussion needs to be detailed and rich in content if it’s going to lead to understanding. We want the students to understand this technology which will impact on their lives: as staff, we want to contribute to the landscape of knowledge and action around AI in education to ensure that the solutions which will arrive on the market will be fair, free of bias and promote equality. Although a work of art may seem an unusual place to start, the complex ideas it prompts may set us on the right path to discuss the topic in a way which is rigorous and thoughtful.

So – let the discussion begin.