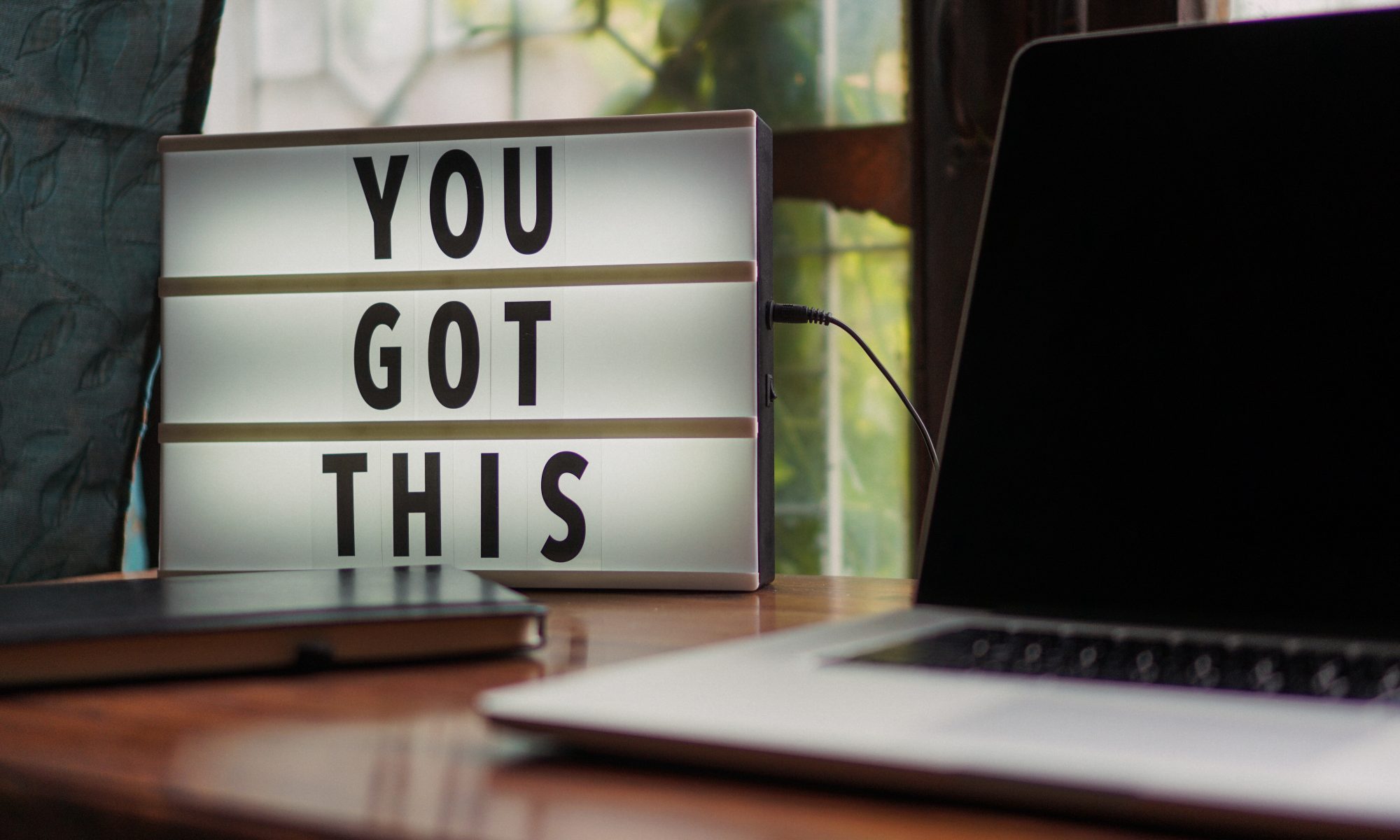 Naomi, Year 8, discusses the reasons as to why people procrastinate.

My experience with procrastination

Procrastination. I have always procrastinated, whether it has been small things in my life like tidying my room to larger things, like writing an essay. We would be given a week to write an essay and I’d tell myself every single night ‘you’re going to start this tonight and spread the workload out until the deadline’. This never happened. Instead, I ended up procrastinating by doing an activity that I really didn’t want to, for example tidying my room or organising my books. I was always perplexed by the non-procrastinators in my life who would do their work when it was set. 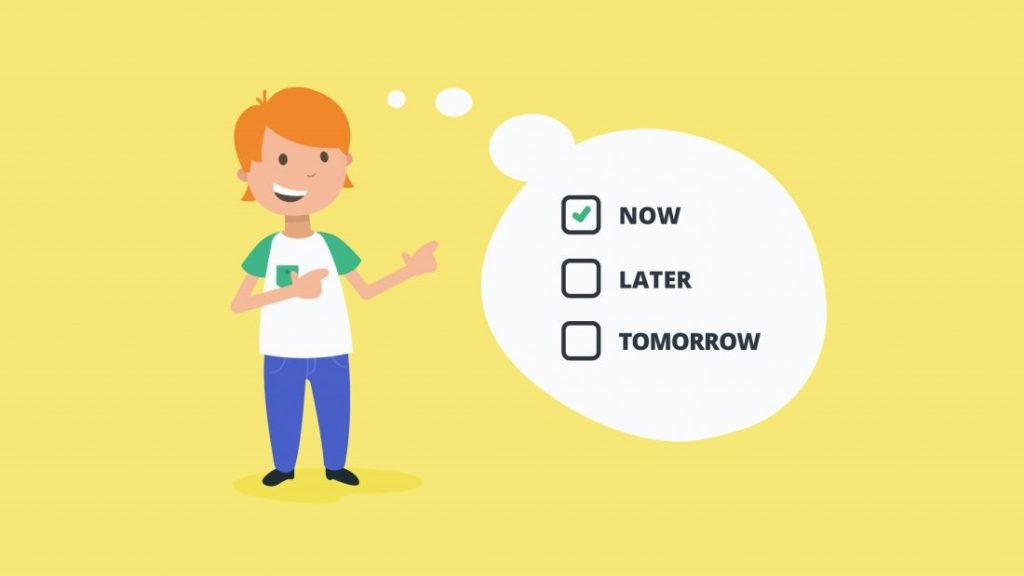 I was confused to the point where my dad, realising I could use some help, showed me a TedTalk by Tim Urban (linked below). It discusses the basic premise that in everyone’s mind there is a rational decision maker who encourages work to be done. However, there is also a voice in your head, the instant gratification monkey, which has no memory of the past and no regard for the future. It only cares about two things: ease and fun. When you have work to do the rational decision maker will make the rational decision to be productive, but the other voice in one’s head discourages this, so instead this voice takes control and we end up doing potentially meaningless (but fun) activities.

The instant gratification monkey is the animal instinct part of your brain, the amygdala. But because we humans are more advanced than other species, we also have the rational decision maker, in the prefrontal lobe, who gives us the ability to visualise the future, see the big picture and make long term plans. It makes the decisions to do what makes sense right now. When it makes sense to do things that are fun or easy, the two parts of your brain agree but when it’s time to do harder things, there is a conflict. In the mind of a procrastinator, the monkey wins every time, so we end up doing fun, pointless things.

So, the question still stands, how does a procrastinator ever get anything done at all if the monkey is always in charge. There is a simple answer to this question: there is another character in your brain called the panic monster, similar to the fight or flight instinct. The panic monster comes out whenever there is a scary or stressful consequence looming. When it comes out, the monkey goes away and we are scared into doing the work. 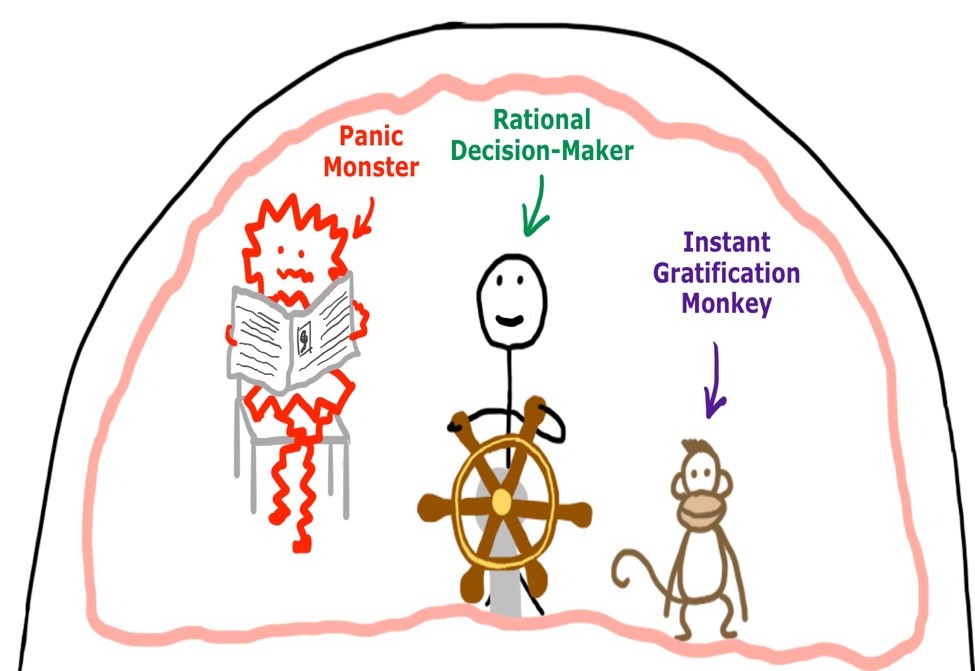 This works short term: we meet the deadlines. However, in the long term, it can cause anxiety and stress problems that will only get worse. The knowing that there is always something you should be doing cause continual stress which can become overwhelming and take over your life. Procrastination is an issue that many people suffer from. These three characters only work when there is a deadline and there are things in your life that don’t have deadlines that we want to do. After many years of suffering (dramatic, I know) I have only one solution: start.