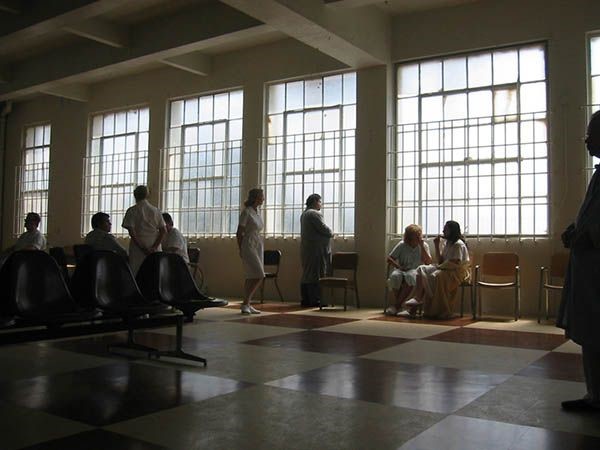 Tara, Year 13, explores whether the asylum would provide the best care for those with mental illnesses or whether it should be left in the past. 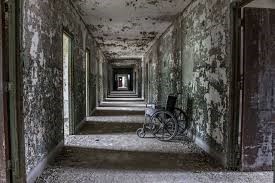 When someone says asylum in the context of psychology, what do you immediately think of? I can safely assume most readers are picturing haunted Victorian buildings, animalistic patients rocking in corners and scenes of general inhumanity and cruelty. However, asylum has another meaning in our culture. Asylum, when referring to refugees, can mean sanctuary, hope and care. Increasingly people are exploring this original concept of asylum, and whether we, in a time when mental illness is more prevalent than ever, can reclaim the asylum? Or is it, and institutional in general, confined to history?

In the last 40 years, there has been a shift towards, “care in the community” and deinstitutionalization, facilitated by the development of various new medications and therapies. This has undeniably led to significant improvements in many individual’s mental wellbeing, better protected their human rights and reduced stigmatisation.

However, it also has led to significant cuts in facilities for those unable to transition into society, with almost no long-term beds available in mental health hospitals or inpatient units. Whilst this has left some dependent on family and friends for support, many have ended up in prison or homeless, with a third of the homeless population estimated to be suffering from schizophrenia or bipolar disorder. Some would, therefore, argue that a reinvention and rebranding of the asylum could provide long term care for severely and chronically ill patients, who even with intensive therapies and drugs, are unlikely to reintegrate back into society.

Designed in collaboration with patients and experts, these ‘asylums’ are not necessarily all intended to be large scale hospitals. The system is intended to be flexible, varied and voluntary where possible.  By providing more community-based institutions, with as low a density of residents as possible, we can maximise privacy and trained staff can focus on each patient as individuals in a less punishing environment, removing many of the factors contributing to their distress, and overall improving their quality of life.

Arguably patients may become less isolated, as they are given a safe space to socialize and engage with people they can relate to and support. Unlike temporary units and mental health wards, these institutions would provide long term stability and respite, away from the continuous turbulence and disruption typical of hospitals.

Lastly many will benefit from the structure, intensive therapy and monitoring of medication provided by institutionalisation, which greatly reduces the likelihood of individuals harming themselves or relapsing. Some would argue the notion is too idealistic and that current models provide a utopian ideal of mental health care, and whilst seemingly unattainable it demonstrates to policymakers the importance and possibility of a change in direction.

This reinvention would require considerable time, money and commitment, especially as mental health care has been historically underfunded.  However, in this ever-changing climate the asylum might seem like a taboo topic of the past, but if we can shift our focus, if we can overcome our assumptions and reclaim the asylum in both meaning and function, it could be a thing of the future.