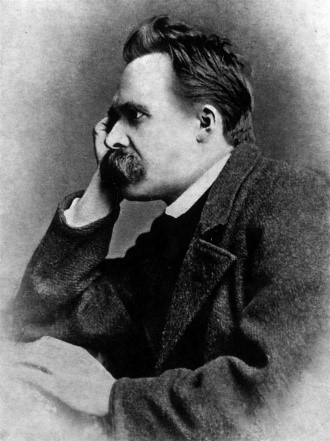 Anya, Year 13, explores what characterises nihilism and investigates the worth of nihilism; it is hopeless or actually positive?

Nihilism, according to the Oxford Dictionary, is the rejection of all religious and moral principles in the belief that life is meaningless, which, strictly speaking, does sound quite despairing. Yet, however hopeless the Oxford Dictionary would have us think it is, nihilism can allow (perhaps surprisingly) room for personal, moral and spiritual growth.

Nihilism undoubtedly stems from pessimism. Indeed, Nietzsche, the German philosopher and scholar who is often associated with it, called nihilism “the most extreme form of pessimism”.

The path to becoming a nihilist starts with weariness and a loss of faith in social, legal and cultural values widely held in our society. When people begin to feel alienated from their values and do not replace their value system with any other known system, such as a new religion or political philosophy, they become nihilists. They are disappointed with the egoistic nature of ‘truth’ and ‘morality’ but at the same time recognise that those things are necessary.

Often, free will seems contradictory: we depend on a value system that doesn’t exist and have depended on previous value systems which we have seen crumble. Each time we encounter a new system we conform to those values, we feel bound by them and those of us who rebel, i.e. criminals, are cast out from society. If none of these systems ever even existed, as the nihilist claims, we are just going around in a cycle of limiting our life choices for no reason. Basic values such as getting an education or a good job are placed in a sphere far beyond what is reachable.

The nihilist realises that every time someone begins to talk about “the real world” they are merely talking about a fictitious world because, from a nihilist perspective, every category used to measure and qualify our world is fake. In summary, the beginning of a nihilist lifestyle sounds a lot like the act of giving up and becoming a recluse, not to mention very dejected.

However, Nietzsche claims that nihilism is a necessary step in the transition to a devaluation of all values one holds. He outlines two distinct forms of the philosophy: passive and active.

Passive nihilism is characterised by a weak will. This is the kind of nihilism commonly made reference to in popular culture, which brings about little more than mental exhaustion and no change. A passive nihilist would see the emptiness of general external values (such as various social constructs) and project that onto individual internal beliefs (such as what you feel is good and bad), which results in a loss of personal authority. This type of nihilism can truly be called hopeless. Passive nihilism plagues the mind, often resulting in the person attempting to remove all responsibility from themselves, as the mind seeks to hold onto something that isn’t arbitrary, which can lead to one searching for hollow escapes such as excessive drinking, meaningless relationships and general “self-narcotisation”. Yet any attempts to escape nihilism without actually re-evaluating one’s own values only makes it worse.

On the other hand, active nihilism is characterised by a strong will. This constructive nihilism goes beyond simple judgement and moves on to action, specifically, the destruction of the remaining, meaningless status quo and the rebuilding of values and ethics through thought and reason. The will is made stronger still by forcing the recognition that practically all our value systems are in fact devoid of meaning, whilst at the same time having the power to accept that this meaninglessness serves a purpose, as ironic and oxymoronic as that may seem. Nietzsche claims that this form of thought is “a divine way of thinking”. An active nihilist will recognise the necessity of the lies and oversimplifications of life and begin to value the irrationality of how we live, as these are the conditions which must exist in order for people to truly have the ability to think for themselves.

It is important to note that nihilism does not replace values, at least according to Nietzsche, but rather makes room for those values to be broken away and reconstructed. Nietzsche stressed that nihilism is merely a means to an end, and not an end in itself. In this way, it becomes a form of existential nihilism, a contradictory principle in which we accept that values are meaningless and fake whilst building new ones for ourselves. Active nihilism opens doors to revaluating and more importantly, constructing new values for ourselves. In this way, we achieve a sense of freedom as well as infinitely greater insight into ourselves and the people around us.

Thus, nihilism is not inherently hopeless, instead, it can be said to create hope, as it pushes us to change, ask questions and find answers for ourselves. Active nihilism is certainly necessary for any kind of social, political or religious revolution. To paraphrase Sartre, if our life is the only thing we get to experience, then it’s the only thing that matters. If the universe has no principles then the only principles relevant are the ones we decide on. If the universe has no purpose, then we get to dictate what its purpose is. So, whilst a loss of faith may lead to nihilism, nihilism leads to new hope.