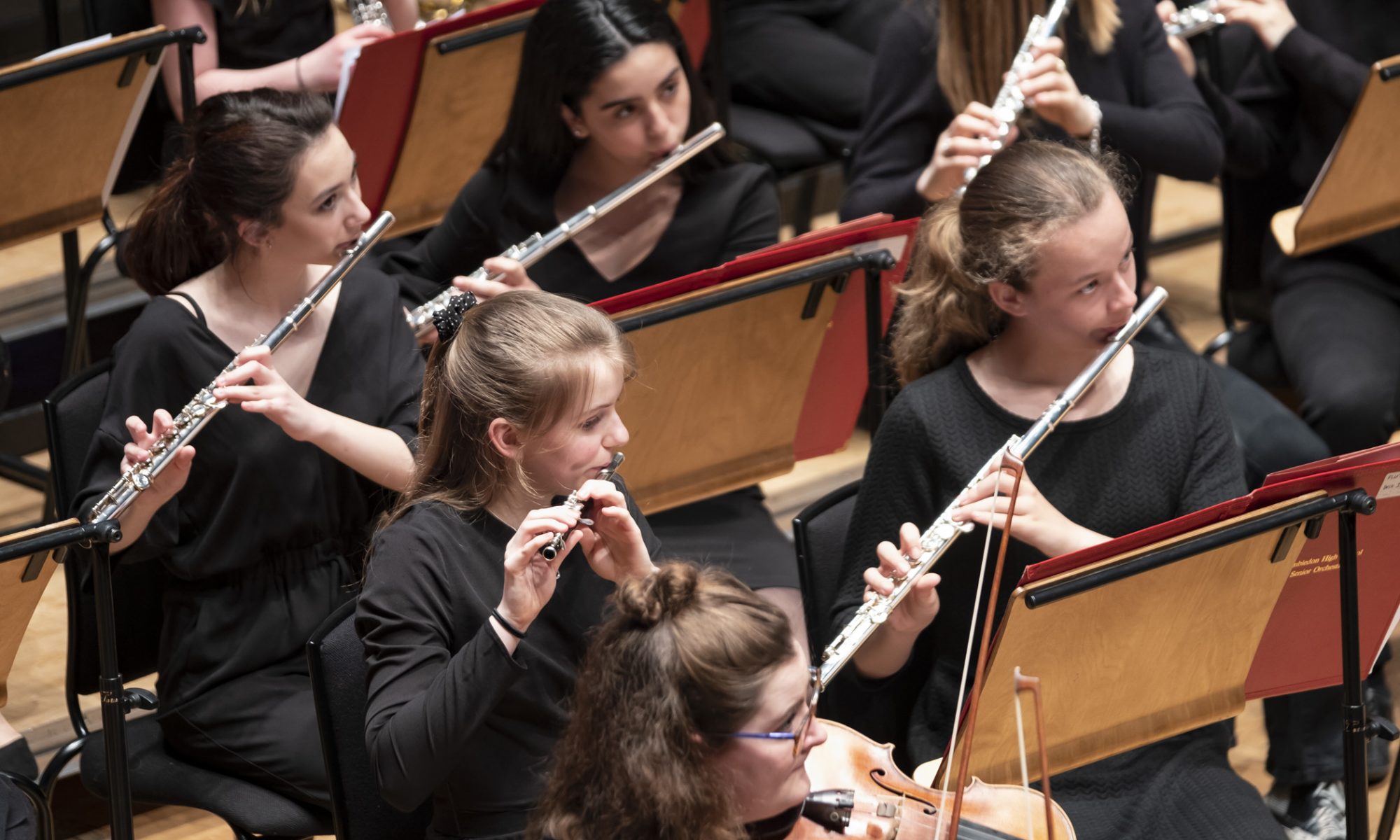 Lizzie, Year 12, writes about what it is like being a music scholar preparing for the large WHS concert at Cadogan Hall later this month.

As the annual Cadogan Hall concert draws nearer, everyone involved is working hard to rehearse the music and make final preparations for the day, striving to improve upon the standard of the previous year. This is especially true of music scholars, who play various vital roles within the music department.

All musicians have the important task of individually practising their parts and potentially asking peripatetic teachers for help with really challenging passages to ensure they can not only play the music, but engage with the effect each piece is trying to convey. It is crucial that each and every part in the orchestra and choirs are learnt individually if the ensemble is to sound brilliant together. It means that the rehearsals, which are more limited in time than private practise, can focus on developing cohesion and emotion in the music in order to make it really impressive.

As a music scholar, I also have the role of brass section leader which entails many different things. These range from encouraging other musicians within my section to practise their parts at home, helping to tune in rehearsals and performances, and making stylistic decisions about how our part should be played so that it can sound within the overall emotion.

Section leaders also go through all of the music themselves and note down difficult passages that their section struggles with in order to help highlight them to Mr Bristow, who directs the Orchestra. We then focus on perfecting these few passages in sectional rehearsals, where the orchestra is divided into smaller groups to provide more attention to each part. This is key in making sure that all of the music is ready for the performance, giving each and every pupil in the orchestra the confidence to play to the best of their abilities.

There are also other student-led preparations that must be made and are carried out by scholars such as putting together the programme. This year a meeting was held to re-evaluate the normal design of the programme and to put forward new ideas in the hope that the programme will be not only informative for the concert, but also become more valuable for the pupils as a souvenir of the performance. In addition, scholars are each given a piece to write a programme note for, which contextualises the music for the audience. This requires researching the composer, piece itself, when it was written and then collating the information a brief but interesting way.

Music scholars, especially those in older years, tend to be much better at controlling the nerves that come with performing than other performers due to having more experience performing, like at the scholars’ recitals each term. On concert day it is always really nice to see that everyone is sharing in the excitement and anticipation ahead of the performance, but also helping to make sure that no one is getting very worried or anxious.

One of my other favourite parts is the inter-year bonding within the music department, stemming from shared interests, which displayed and strengthened every year at Cadogan Hall. From the manic and cramped atmosphere in the changing rooms, to the sad realisation that when it is over the leaving year 13s have performed their last ever big Wimbledon High concert, it always feels like the department has come together and achieved its goal of being even better than the year before.