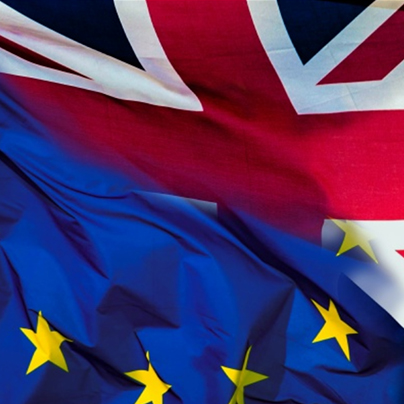 Suzanne Stone, teacher of French at Wimbledon High School, considers the importance of learning a foreign language in the lead up to Brexit.

“Now more than ever, languages education matters. In a climate of political uncertainty and with the prospect of social fragmentation and economic instability, our ability and willingness to speak multiple languages and develop intercultural understanding increase in significance and value. Language skills and cultural agility connect us to our past, define our present and have the potential to transform our future.”

Bernardette Holmes MBE, Director of Speak to the Future, the National Campaign for Languages

Autumn term is a traditionally busy one for our Sixth Form linguists, with Year 13 considering their post-A level choices and Year 12 embarking on their post-GCSE courses. Elsewhere, negotiations are still underway as to the shape of this country’s post-Brexit future, with much discussion amongst language teachers, policy makers and industry figures as to its impact on language learning in our schools. As a language teacher at WHS, I strongly believe that language teaching is more important than ever for intercultural understanding and for employment prospects for our students after Brexit.

The removal of learning a foreign language from the compulsory curriculum in state schools in 2004 resulted in a national decline in the number of linguists schools produce, together with a reduction in the range of languages offered. Here at WHS, we continue to promote the joy and relevance of learning the languages we teach and consequently enjoy a growing MFL curriculum and buoyant numbers throughout the school. For our students, attitudes to learning foreign languages are positive and levels of motivation high, as the girls understand that operating in a language other than English is not just enjoyable in itself but a useful, and indeed, necessary skill in their preparation for life beyond WHS.

The British Council’s annual report, Language Trends 2018, details the negative impact that leaving the European Union is having on language learning in some schools, as seen through low student motivation levels and parental attitudes questioning the relevance of language learning in the current climate. Ironically, recent articles have discussed how the UK’s lack of language skills could in fact jeopardise our post-Brexit future. Indeed, the House of Lords debated earlier this year the need for MFL skills to be embedded in the Government’s white paper, Industrial Strategy – Building a Britain fit for the future. Within this context, the educational system needs to catch up with the idea that language skills are not only important but in fact crucial in this global marketplace and thus be offered and encouraged at every key stage.

The national decline in pupils taking languages at GCSE and A level is a worrying trend. Language Trends 2018 also reports that the proportion taking a GCSE language dropped from 76% in 2002, to 49% in 2014 and most recently to 47% in 2017. For A level, entries for some modern languages have seen a decline in numbers, but popularity for post-16 language study for our WHS students remains steady. The separation of AS from A level has enabled some students to continue with a foreign language to complement their existing A level choices. Interestingly, current AS students include those wishing to apply for dentistry, PPE, psychology and economics next year. The versatility of A level language subjects is such that, post A level, our students can continue pure language study to degree level or jointly with other disciplines such as Law, Science, Maths and Engineering, as well as more traditional combinations of Geography, History and English.

Reducing foreign language learning to a minority, optional subject particularly at KS4 will have a worrying impact on the quantity and calibre of linguists entering not only our profession but others too, at a time when, as a nation, we are going to need a greater number of English speakers with competence in foreign languages. Luckily, here at WHS our access to and participation in learning languages are bucking these national trends. Prospective parents are impressed by our language offer throughout the school, student involvement in our many and varied trips is high, and our numbers at both AS and A level are healthy. Perhaps the language teachers of tomorrow can be found enjoying French, German, Spanish, Mandarin or Italian here in our modern language classrooms today.