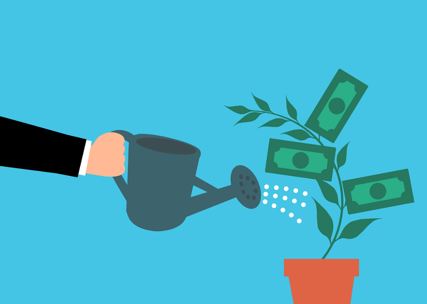 Alexia P. Head Girl, analyses the historic and future impact of trees on the economy.

‘Money doesn’t grow on trees’. A cliché I’m sure most people will have heard when they were younger; when they had no understanding of the true value of money.  However, is this cliché wrong – are there economic benefits to trees?

As of 2020, there are approximately 3.04 trillion trees on the planet, made up of 60,065 different species. Their uses vary, from being produced into something tangible, such as paper or furniture, or providing intangible services, such as the carbon cycle or retaining nutrients in biomass to aid farmers in growing crops. Over time, although their uses may have changed, trees have always been a vital part of our economy, in ways that at first, may not be apparent.

Let’s jump back in time. The year is 1690, and the global dominance of the British Empire is growing. In Britain, most of the population are in the primary sector of employment, particularly in agriculture, growing trees to help build houses, or to trade for an animal to increase income for the household. As timber and fruits were traded amongst farmers, incomes increased. However, as more villages were established, space that was previously forestland was cleared of trees, and the supply started to diminish. The navy – at the time, the biggest in the world – relied on the timber for their ships; to continue to expand their fleet, they had to travel further abroad. Ships then travelled to America, India, and Europe to gain resources, power, and valuable influence to create trading alliances that are still in place today. This extra money and resources gave Britain an advantage when The Industrial Revolution hit in 1760. This allowed for a quick and smooth integration of the new, more efficient way of life that asserted Britain further as a global power and further boosted its economy. And all of this stemmed from the reliance and resources of trees, without which, the roots of our economy would not stand today.

However, as countries developed, their reliance on single resources and tangible products have decreased, particularly in ‘advanced’ countries in favour of services and jobs in tertiary and quaternary sectors. As a result, agriculture – such as timber production – has steadily decreased.

But trees still play a vital part in the growth of our economy today. In LIDCs and EDCs, such as Brazil, logging and mass production of wood has become part of the economy. Although the industry is environmentally frowned upon, it has an estimated worth of $200 billion annually, allowing many developing countries who produce this material to place money into developing infrastructure and technology further. There are not only economic benefits. In some societies, such as in parts of Indonesia, trees and wood have been used as currency on a local scale, allowing people to trade wood for farming animals, or clothes, encouraging economic movement in smaller villages, that may not have reliable national trading routes. Paper, furniture and fuel are just some other ways that trees have become so heavily relied on in people’s lives, with few other ways to substitute the valuable resources they produce.

However, the rate at which tree resources are exploited is becoming too high. In the quest to become economically developed, forest sustainability has been forgotten. Increasing tropical deforestation rates account for loss of biodiversity and reduction in carbon intakes,affecting further tree growth in surrounding areas as nutrients are removed.

There have been recent attempts, however, to preserve the trees and rainforests. In a recent study by Yale School of Forestry and Environmental Studies, it was determined that rainforests store around 25% of carbon dioxide, with the Amazon alone strong 127 billion tons. To release these gases would heavily increase the enhanced greenhouse effect, changing the balance of the Earth’s ecosystems.

Sustainable income from trees is becoming more apparent, particularly in countries where deforestation rates are highest. In Bangladesh, where fuel industry relies on 81% wood, the logging industry has been encouraged to collect dead trees, wood waste and pruning rather than felling increased sections of forest. This still allows for an income, whilst ensuring trees remain part of the ecosystem. Furthermore, there has been a global effort to move away from the use of wood entirely. Reusable energy, such as solar power, makes up 26% of the global energy used and is expected to rise to 45% by 2045. Although this means the usage of trees in the economy will decline, it allows for new income sources, such as eco-tourism that encourages more environmentally aware holidays; for example, Samasati lodge, Costa Rica. The lodge uses rainwater instead of transporting water through pipes; is built on stilts rather than the ground as not to disrupt run-off water to rivers; and blends in with surroundings to ensure not to disturb local wildlife in attempts to make holidays more environmentally sustainable, whilst still taking economic advantages of trees.

‘Money doesn’t grow on trees’. Well, since 2016 in the UK, it hasn’t. Our bank note system changed from paper to plastic, showing the progression from a society that once relied on a single produce, to a new, man-made source. This well represents our economy today and our declining reliance on trees: what was once the roots of our economy will soon become a thing of the past.