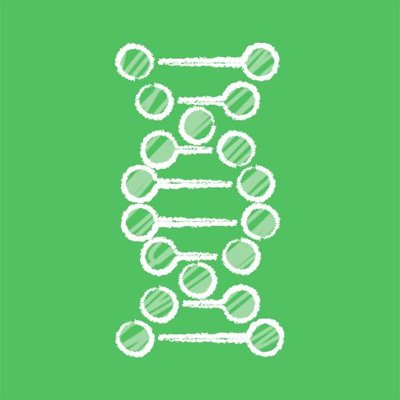 Richard Gale, teacher of Biology at WHS, looks at the value of critical thinking and how we can use this to help make logical and well-structured arguments.

At some point we all accept a fact or an opinion without challenging it, especially if we deem the person telling us the fact or opinion to be in a position of authority.

Challenging or questioning these people can seem daunting and rude, or at worst we could appear ignorant or stupid. However, if we never challenged or questioned ideas or perceived facts then the world would still be considered to be flat, and we would not have the theories of relativity or evolution.

This is what Einstein is getting at, that all ideas and preconceived facts should be questioned otherwise society will stagnate and no longer advance in any field of study. This process of constantly asking questions and challenging ideas is known as critical thinking.

It is said that someone who is a critical thinker will identify, analyse, evaluate and solve problems systematically rather than by intuition or instinct; almost a list of higher order thinking skills from Bloom’s taxonomy. The reason for placing critical thinking as a key higher order skill is because, as Paul and Elder (2007) noted “much of our thinking, left to itself, is biased, distorted, partial, uninformed or down-right prejudiced.  Yet the quality of our life and that of which we produce, make, or build depends precisely on the quality of our thought.”

In essence, critical thinking requires you to use your ability to reason. It is about being an active learner rather than a passive recipient of information by asking questions to understand the links that exist between different topics. It requires learners to weigh up and determine the importance and relevance of evidence and arguments, identifying arguments that are weak and those that are stronger; to build and appraise their own arguments, identify inconsistences and errors in arguments and reasoning, doing all of this in a systemic and consistent way. Then they should reflect on the justification of their own assumptions, beliefs and values. As Aristotle put it “it is the mark of an educated mind to be able to entertain a thought without accepting it.”

Critical thinkers rigorously question ideas and assumptions rather than accepting them at face value. They will always seek to determine whether the ideas, arguments and findings represent the entire picture and are open to finding that they do not. In principle anyone stating a fact or an opinion, and I am definitely including myself here as a teacher, should be able to reason why they hold that fact or opinion when asked questions and should be able to convince a class or an individual that those ideas have merit. Equally, as I know my pupils would attest too, pupils should be able to reason why they hold their opinions or ideas when questioned. Whilst this may seem daunting and at times a bit cruel, being able to think critically has become a very important skill with the onset of the new A levels.

In Biology, under the reformed linear A level, there has been in increase in the percent of marks awarded for higher order thinking skills, termed A02 and A03. A02 is to ‘apply knowledge and understanding of scientific ideas, processes, techniques and procedures’ whereas A03 is ‘analyse, interpret and evaluate scientific information, ideas and evidence, including in relation to issues.’ This is weighted between 40-45% of marks for A02 and 25-30% for A03 skills of the overall percentage across the three papers. The pupils taking the exams are expected to critically interpret data and theories, as well as analysing and interpreting the information they have learnt in completely novel situations. The following quote from Carl Segan is now more significant as knowing facts is no longer enough for pupils to succeed: “knowing a great deal is not the same as being smart; intelligence is not information alone but also judgment, the manner in which information is collected and used.”

Thankfully, we can develop and train ourselves – and others – to be critical thinkers. There are a plethora of guides and talks on how to we can develop our skills as critical thinkers, and choosing which one is most useful is tricky and to an extent futile as they all repeat the same basic principles but with different language and animations. I have tried to summarise these as follows:

We can practise these skills when we are in any lesson or lecture, as well as when we are reading, to help develop a deeper understanding of a text. Evaluating an argument requires us to think if the argument is supported by enough strong evidence.

Critical thinking skills can be practised at home and in everyday life by asking people to provide a reason for a statement. This can be done as they make it or by playing games, such as you have to swap three items you current have for three things you want, and then rationalising each choice. You can even engage in a bit of family desert island discs, taking it in turn to practise your Socratitic questioning (treat each answer with a follow up question).

There are a few pitfalls to consider when engaging with critical thinking; the first of these is ignorant certainty. This is the belief that there are definite correct answers to all questions. Remember that all current ideas and facts our just our best interpretation of the best information or data we currently have to hand and all of them are subject to re-evaluation and questioning. The next one is more relevant to critical thinking and is naïve relativism – the belief that all arguments are equal. While we should consider all arguments we cannot forget that some arguments are stronger than others and some are indeed wrong. Even Isaac Newton, genius that he was, believed that alchemy was a legitimate pursuit.

Critical thinking is not easy; you have to be prepared to let go of your own beliefs and accept new information. Doing so is uncomfortable, as we base ourselves on our beliefs but ultimately it is interesting and rewarding. As you explore your own beliefs and those of others through questioning, evaluating, researching and reviewing, know that this is enriching your ability to form arguments and enhancing your opinions and thoughts. You do not know what you will discover and where your adventure will take you, but it will take you nearer to the truth, whatever that might be. Whilst on your journey of lifelong learning remember to “think for yourselves and let others enjoy the privilege to do so, too” (Voltaire).