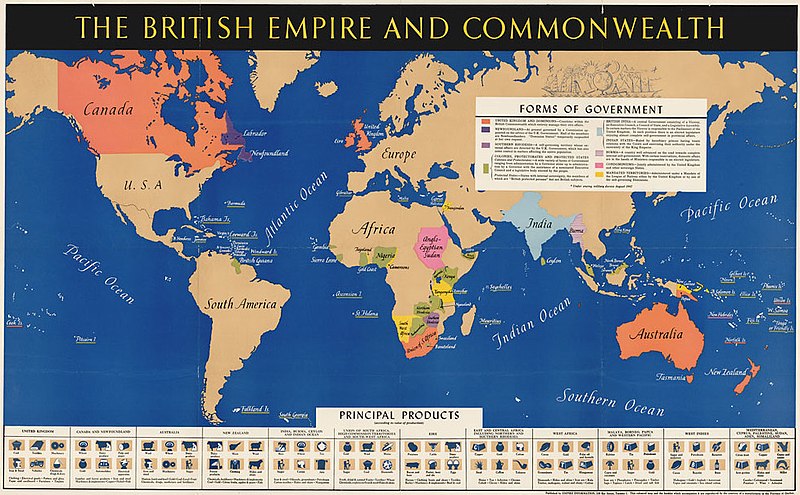 Josie M, Transition Representative on the WHS Student Leadership Team, explores how ideologies are constructed in order to justify atrocity, in relation to Britain’s exploitation and colonisation of Africa

Throughout history, and particularly in relation to the British empire, Britain’s international dominance has been obtained and developed through the enforcement of British beliefs and culture. When Africa became the object of Britain’s desire in the late 17th century, as an integral part of the transatlantic slave trade, Africa’s apparent lack of ‘civilisation’ – as determined by Britain’s definition – was used to justify the horrendous treatment of African slaves and was later instrumental in gaining public support for African colonisation.

This reflects the wider phenomenon of how the ‘western’ notion and interpretation of what constitutes a respectable civilisation has been severely damaging to the periphery during colonisation and European land acquisition. I am taking the term ‘western’ to refer to ideas that have been popularised in economically developed areas in Europe; and ‘periphery’ to refer to countries that are viewed as less economically developed nations with ‘poor communications and sparse populations’: ‘Defined in geographical or sociological terms, the centre represents the locus of power and dominance and importantly, the source of prestige, while the periphery is subordinate’ (Mayhew, 2009).

A widely circulated definition describes civilisation as a complex society, concerned with so-called civilised things; Money, Art, Law, Power, Culture, Organised belief systems, Education, Hierarchy, Trade and Agriculture (Dictionary.com, 2022).This proposed definition contains only a limited range of categories for observation: 17th and 18th century Britain also used similar definitions to decide what constituted a respectable civilisation. When British explorers and leaders arrived in Africa, they found peoples and cultures that operated very differently to the commercial towns and cities of Britain. Technological advancements within Britain meant that emerging industrialisation within towns and cities was considered a major manifestation of civilisation, so Africa’s lack of these particular trademarks led to the continent being branded as ‘Darkest Africa’, which was the idea that the people were savage and brutal and incapable of governing themselves.

As a result of this racist ideology, African people were then portrayed as uncivilised and inferior to the white British classes who sought to rule and profit from them. As the cradle of humanity, African kingdoms and tribes had been evolving for thousands of years, all the while developing rich histories and cultures that oversaw daily life. However, this vibrant tapestry of language, music, art, customs, trade, and religion was not seen as such – in the eyes of the British, the tribal system and Africa’s lack of advanced weaponry and technology meant that it was their ‘rightful place’ to be subservient to the colonising powers, and slavery was a means of achieving this submission.

The shifting uses of ideology

The development of the transatlantic slave trade and the eventual European colonisation of Africa are heavily intertwined, with the racist ideology developed during the slave trading period resurfacing and being used to justify colonisation. Across Europe, Christianity had long since been associated with civilised society and as being the pinnacle of world religion. Christian teachings were used to justify the poor treatment of slaves and their forced removal from their homelands. Propaganda that Africans “worshipped the devil, practiced witchcraft, and sorcery” among other evils was rife, these practises directly opposing many values held by religious Europeans. As a result, one of the foremost Christian missions was employed: to evangelise and spread the word of God.

Pseudo-scientific race theories were also beginning to emerge at this time, suggesting that black races were genetically inferior to white races and so God required that they serve their white masters. Christianity’s evangelical mission was utilised in justifying the removal of African people from their ‘devil worshipping’ cultures and bringing the ‘heathens’ to Christian lands where they could be saved by the Gospel and brought into the light, thereby spreading the faith and achieving one of the primary objectives of the religion.

These race theories and evangelising missions were later turned on their head when slavery was abolished on 1 May 1807. The trade did not stop instantaneously: Britain continued to expand its economic horizons through increased trade with India and the Far East, in order to maximise its global reach. By the later 1800’s, colonial expansion into Africa became the new object of European interest and the ‘Scramble for Africa’ formally began with the Berlin Conference in 1885.

During African colonisation, the popular Christian mission altered from justifying ferrying slaves to Christian countries to deliver them liberation through the Word of God, to directly opposing slavery and all the evils associated with the practice. This altering of common Christian beliefs about slavery was employed by British leaders to gain support for direct British involvement in Africa. David Livingstone was an extremely popular and influential explorer and missionary at the time; calling for a worldwide crusade to defeat the slave trade controlled by Arabs in East Africa. The British were then able to turn the tide of belief by establishing their own moral authority on the issue, they created another enemy in the Arabs and were then able to present their quest for land acquisition as ethical because they were supposedly assisting in the eradication of slavery – a system they had exacerbated enormously – by fuelling colonisation and increasing their involvement in Africa.

Livingstone’s three C’s: Commerce, Christianity and Civilisation were then employed as the main objectives of British administration in Africa. In this way, Britain portrayed itself as a more innocent party that was merely extending a great opportunity to Africa to modernise in the same way it had. However, this was not the reality of the situation and the true motives behind imperial expansion: competition, and profit, were often disguised behind this veil of apparent moral authority. The plight of many African nations that suffered at the hands of European expansion was then blamed on themselves, on their own ‘savage’ ways, when in fact European nations were instrumental in causing many of the issues of corruption, instability and poverty, which persist as legacies of colonisation today.

In conclusion, the western definition of civilisation was warped and used by the British to justify a campaign of control and submission throughout Africa. This method of obtaining control allowed Britain to profit and develop on an immense scale, whilst the African nations that Britain occupied had their natural resources exploited, their people dehumanised, and their cultures and ways of life demonised as savage and barbaric. In many cases, Christianity was used as a means to justify these actions because it was seen as such a pinnacle of civilisation by the Europeans, and was believed to go hand-in-hand with respectable society.

Over 12 million African people were forcibly removed from their homeland and sold into slavery during the transatlantic trade, and millions more suffered as a result of colonisation and extortionate land acquisition by global powers. And critical in enabling human suffering and exploitation on such as massive scale, was the damaging western definition of civilisation, which resulted in extraordinary pseudo-scientific race theories being used to justify horrific actions.

Olusoga, David: The roots of European racism lie in the slave trade, colonialism – and Edward Long, The Guardian

St John’s College: The Scramble for Africa, Europeans called Africa the ‘Dark Continent’ because it was unknown to them, University of Cambridge

Raypole, Crystal: A Saviour No One Needs: Unpacking and Overcoming the White Saviour Complex, Healthline

Christian History: Why did so many Christians support slavery?, Christianity Today