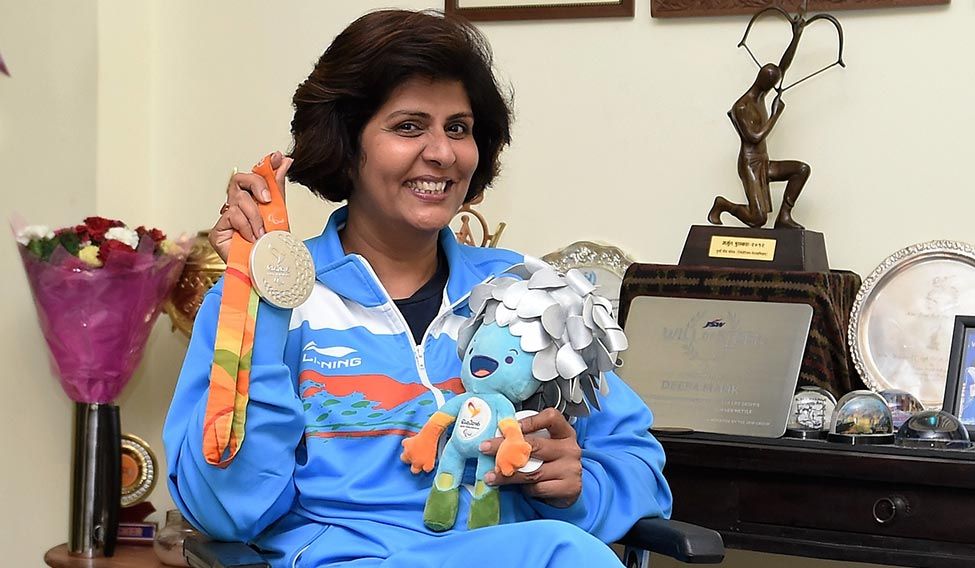 After being paralysed from the waist down, Malik decided to take up swimming, motor cycling and athletics, all at the astonishing age of 36!

In 1999, Malik was diagnosed with a spinal tumour, having had 3 spinal surgeries and 183 stiches between her shoulder blades within the space of 14 years. This was a very difficult period for herself and her family, especially as her husband was fighting in a war and one of her daughters was unwell. The fact that Malik even attempted to participate in these sports after knowing her physical limitations shows great determination and perseverance, that is truly inspiring to all. At the impressive age of 45 when most athletes are considering retirement, Malik’s story is just beginning. She became one of India’s 19 Paralympians at Rio 2016. Her training for the Paralympics involved joining the Himalayan Motorsports Association and impressively completing an 8-day, 1,700 km bike ride to 18,000 feet in sub – zero temperatures. To improve her strength for cycling, Malik took up swimming. However, her ability in the waters was just as incredible and she broke multiple records in the sport. All of Malik’s hard work and fighting spirit really paid off as she broke the world record 4 times. You are mistaken if you think her story has ended, she also did javelin and shot put at the Rio Paralympics! Not only are all of Malik’s accomplishments something to look up to, but also her mental strength, commitment and her flexible mindset for the variety of sports she participated in.

Good morning everyone, just a few sport notices from me.

Congratulations to the U14 basketball team who beat Glenthorne in the quarter finals and are progressing into the next round of the London Youth Games.

Well done to the U11s placing second in the Newton Prep Sport hockey tournament. They won both group stages and reached the final but narrowly missed out on gold.

Our juniors have also performed very well and the swimming team won the London League B swimming final. Congratulations to all the girls and a huge well done to Year 4 who won their age group!

Our sports star of the week is the Ski Team who competed at the British School Girls races last weekend. They all skied exceptionally well and should be very proud of their achievements. A special mention to Maryisa in year 8 who won bronze in the U14 unregistered.

Have a lovely week! 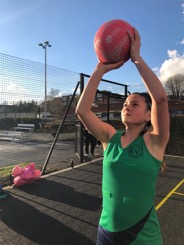 I have been competitively swimming at my club – Wimbledon Dolphins – for 10 years. I like the supportive atmosphere from both coaches and my friends who have been with me for a long time. I love swimming because it is not just a social sport but it is also very much individual, how well you want to do and how far you want to go is down to you, it is about your personal best and how hard you train that reveals your outcome.
As a mentor I would like to support and encourage girls of all ages to participate in whatever sport they find a passion in. It is important to me that we all find something, if it is swimming or not, that we can discover our strengths and weaknesses in and improve.
Emily N
Swimming Rep