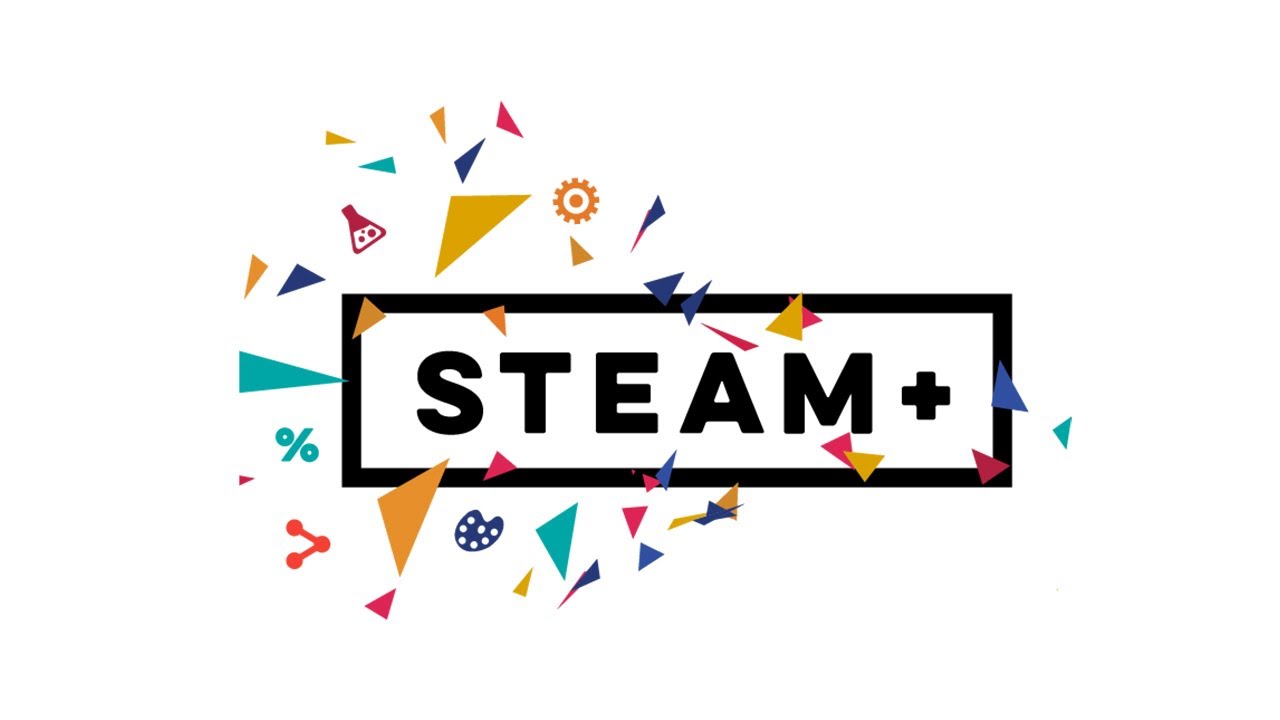 Rebecca Owens – the view from the artist

The links between art, poetry and music are many and varied, exemplified in the shared language around the disciplines such as composition, rhythm, tone, accent, vibrancy, dynamism. In an effort to create an emotional response in their audiences, visual artists, architects, composers and authors often use underlying mathematical concepts such as the Golden Section in their works. For example, Mozart made use of the Golden Section proportions in many of his piano sonatas. As we are all familiar with seeing the Golden Section sequence in nature, the use of these proportions and divisions in Art and Music is something the artist or composer hopes will help induce a natural affinity towards the composition, enhancing the sense of harmony in the piece of Music or Art.

Wassily Kandinsky (1866-1944) was a music lover and first realised the emotional power of music when listening to Wagner’s opera ‘Lohengrin’ in 1880. He then became friends with Schönberg, whose 12-tone method of composition was a turning point in 20th century music. As Kandinsky’s work developed, he came to believe that painting, as with music, should inspire emotions without having to necessarily be a visual representation of a particular thing, place or person. Arguably the first abstract artist, he transformed the course of Art using his synaesthesia to inspire his painting. Colours in his mind were linked to sound, shapes and emotions. Kandinsky said ‘The sound of colours is so definite that it would be hard to find anyone who would express bright yellow with bass notes or dark lake with treble’.

Jackson Pollock (1912-1956) who created rhythmical paintings, in which he almost danced over the large-scale canvas which he laid out on the floor. He was obsessed with Jazz music listening to Jazz records for days on end and the controlled elegant movements with which he poured, dripped and threw the paint onto the canvasses, conveyed the dynamism and freedom of Jazz music.

Agnes Martin (1912-2004) often discussed the interest in the emotions that music created in her work, and for her there was a powerful link between music and her form of minimalist abstract art. She said ‘Our response to line and tone and colour is the same as our response to sounds. And like music, abstract art is thematic. It holds meaning beyond the power of words’.

These were some of the starting points for the art scholars, when exploring the connections between music and art, which was initially planned for our Cadogan Hall concert in March 2020. Sadly, owing to the pandemic, this event was cancelled, but the work and ideas were instead put towards the opening of our STEAM Tower in November 2020, with the addition of poets composing alongside the artists and musicians.

The artists responded to the rhythms, the tones and the emotions the music inspires as we work. As with all Art, there will be no correct answer, and in this experiment the process of creating the work will be as important as the outcomes. The speed with which one works undoubtedly affects the marks one makes. With timed drawings, which is something we often use in Life drawing classes, the fluidity and spontaneity of the marks created often more that makes up for the less accurate proportions. With less than 10 minutes to work on these pieces it will be interesting to see how each person responds differently to the music and how the canvasses develop during the time.

Alex in Year 13 reflects on the creation of her artwork: “Exploring links between different forms of creativity was fascinating. In this process I was able to respond to the music I heard and the poetry I read with a variety of colours, mark-making, and compositions. I was most influenced by replicating bow movements with brush strokes, which gave energy and flow to my artwork. This activity developed my skills as an artist as I was more aware of each creative decision I made.”

View some of the art created during the STEAM opening below.

Lucinda Gilchrist – the view from the poet

We know proverbially that ‘two heads are better than one’, but collaboration is more than just combined brain power. Educational theory highlights that words and language solidify and consolidate thought, meaning that sharing and communicating with others is essential for learning. In collaborating across subject disciplines, we can make the most of others’ expertise in a way which serves to enhance and enrich our understanding in countless ways.

From the perspective of English, in looking at a poem, for instance, we can benefit from a wider contextual understanding that History can bring us, the deeper understanding of rhythm and tone from Music, attention to detail and imagery from Art, global artistic movements from History of Art, forensic attention to detail from Science, and grammatical understanding from Languages. But it is not just about what individual subjects can gain from using different disciplinary perspectives, but how the meeting of different disciplines then serves to open up horizons which would have been unthinkable without the combination of perspectives.

Jess in Year 13 writes: “Usually I would start writing about a preconceived subject matter, whereas responding in real time to music and visual art meant it took longer to establish a topic or a narrative. Therefore I think the influence over the structure of the poems is most pronounced- there’s the dislocation of short or non-sequiturial lines that correspond to staccato parts of the music; but on the other hand, there’s a lot of enjambement, since I think the timbre of the strings might have evoked a watery quality for the writers and painters.”

Lauren in Year 13 writes: “I found writing to music and live art extremely helpful as each piece created a different atmosphere and led to me writing a range of poetry. I think I may even use music when writing poetry again in the future.”

Sky city suspended between storm clouds
Golden rain and bare feet
Feathers outlined in molten metal
Twisting as they fall
Like sycamore leaves
Laughter thrown at the sun
With the wild abandon of Icarus
In his final moments
Before reality came up to meet him.
Cradled by Zephyr as they spiral down
Either ignorant of the danger
Or too immersed in music to care.
The ground is far too restrictive for dancing
When falling allows them to fly.

Richard Bristow – the view from the musician

I still vividly remember the first time I experienced the music combined with art and spoken word. It was 1990, I was 5 years old, and Disney’s Fantasia had just been released on VHS. The whole school watched it in one afternoon and it introduced me to music that I had never heard before in such a powerful way that the memory still lives on, some thirty years later.

The film Fantasia was made in 1940, featuring Leopold Stokowski conducting the Philadelphia Orchestra with animations by Disney. I still recall seeing Mickey Mouse battling against brooms in The Sorcerer’s Apprentice by Dukas, the strange abstract shapes to Bach’s iconic Toccata and Fugue and of course the petrifying mountain demon pictured to Mussorgsky’s Night on a Bare Mountain. If you haven’t seen it, please add it to your Christmas list. It is simply brilliant viewing.

Fast forward to more recent times; it’s now the summer of 2019 and I’m busy planning the WHS Symphony Orchestra repertoire for the next Cadogan Hall concert, scheduled for March 2020. We have a large brass section this year and also a harp – a first for our orchestra – and as such Mussorgsky’s epic Symphonic Poem is something that provides challenge but is also accessible to all our players – from our new Year 7s right up to our Year 13s who will shortly be heading to University. The pupils take to it well, so much so that the simplifications I’d anticipated needing were quickly discarded in favour of the real authentic score.

Rehearsing the piece brought back memories of watching Fantasia for the first time and it is from here that we started to explore the idea of live painting to live music, essentially recreating Fantasia in Cadogan Hall in 2020. Combining these art forms, utilising some nifty camera technology, would allow us to see links between the disciplines in real time. Exciting stuff.

Sadly, the pandemic meant the concert couldn’t happen in March 2020, and obviously this was a huge disappointment to us given we had been working towards this for 7 months. However, with the opening of the new STEAM Tower, we had another opportunity to explore the combination of different art forms, showing inter-disciplinary learning in an improvisatory way and putting our previous learning to work. Current coronavirus restrictions meant the Symphony Orchestra was replaced by our wonderful socially-distanced String Quartet A and we expanded our thinking to include two Sixth Form poets to add another dimension to our exploration. Combining these art forms together facilitates wider conversations about art and creativity, and enables pupils to make connections and to think about things in more advanced ways.

Sophie in Year 11 writes: “It was really interesting to see how the poets, musicians and artists responded to each other, as all of us are artists. I loved how it allowed us to really explore our creativity and it has helped us to think of the pieces we are playing as an ensemble in new ways.”

It was fascinating to see the pupils work out how the inner bars of music evoked a sense of water with this being picked up in both the poetry and the art in various different ways. This prompted conversations about whether this was intentional by the composer or if it was more subtle in nature, perhaps influenced by our previous learning. Exploring the arts through different artistic lenses allows us to explore art in a larger, freer way, inter-connecting our learning and enhancing our understanding.

Making connections between subjects, filling in the gaps and tinkering with new ideas are central to our educational provision at WHS. We relish the chance to investigate things we are expert in through lenses in which we are less accomplished, feeding into the kaleidoscope that is limitless learning in the modern day. This is STEAM+ in action.

We are all lucky to work and learn in a school where collaboration, exploration and adventure are inherent qualities that are highly valued.

Who knows what we’ll discover next…