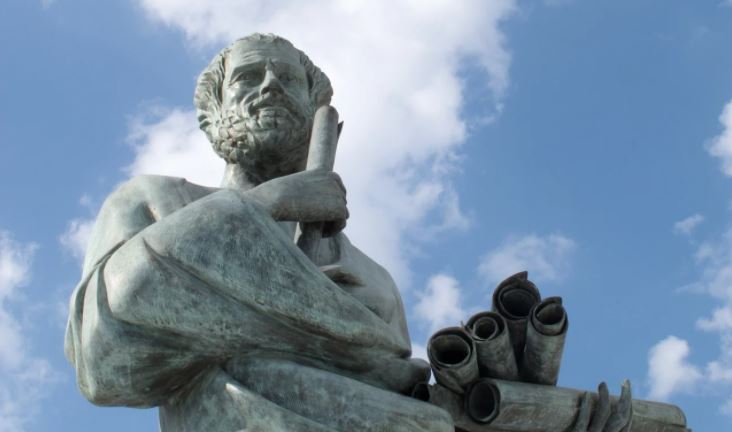 Shreya (Year 10) explores how the understanding of true knowledge has evolved through history by picking examples ranging from ancient Greek philosophers to modern day British philosophers.

This may seem like a simple question at first, but when you think about it philosophically, this a multi-layered and intriguing topic requiring a deeper understanding.

What distinguishes a philosopher’s “true knowledge” from ours?

The most distinct quality of philosophers is that they don’t fall into a comfort zone with life, and don’t accept conventional wisdom; instead, they emphasize the lack of complete knowledge. We, on the other hand, get comfortable with our environment, and stop asking meaningful questions; and that’s why babies and philosophers are so alike. Babies too ask questions as they experience the world’s patterns and habits for the first time. For example, can crows be white? You would simply answer “no”! After all, you are used to black crows and have never seen white crows. This is experience. Philosophers will similarly ask questions as they distance themselves from the consistency of our natural world.

Let’s start with one of the world’s most well-known philosophers: Socrates (470 BCE – 399 BCE). Socrates was a beacon of the ancient Greek civilization. He said something crucial that reinforces my view on true knowledge: “The only true wisdom is knowing that you know nothing”. Socrates didn’t advocate or impose his own views on people including the nature of right or wrong; instead, he helped surface people’s individual thinking by asking probing questions. This is known as the ‘Socratic Method’. Another term you might have heard is ‘Socratic Irony’ – Socrates would feign ignorance and put on a show of ‘dumbness’, to better understand and expose other people’s weaknesses. Socrates eventually paid with his life for his unconventional methods and constant challenging of the status quo. However, he was a rare true philosopher, and his enigmatic ideas and methods are still referenced today. 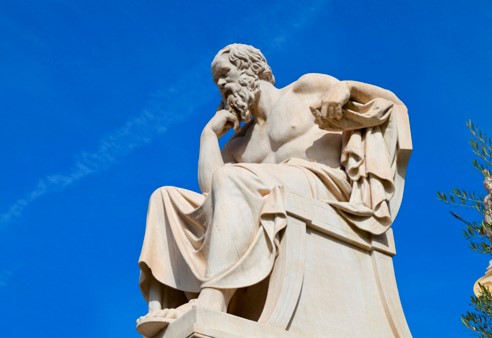 Another famous philosopher, Plato (428 BCE – 347 BCE), and not coincidentally a disciple of Socrates, also wondered about the nature of “true knowledge”. He believed we can only attain true knowledge through a rational understanding of things. For example, we can say with confidence that a square will always have four sides. This is unlike the natural world which is in a constant state of change i.e. nothing lasts forever in the natural world; all living things will eventually decompose. Therefore, we can never have true knowledge of the natural world. This was a more rational approach and quasi-scientific thinking, and different from Socrates’ methods. One of his most controversial theories concerned innate ideas i.e. we are born with ideas instead of acquiring them through experience. Plato believed the “world of ideas” consisted of immutable patterns behind different occurrences within the natural world. For example, behind every particular cat will be something called the “idea cat” which is the original idea. Particular cats will come and go; however, the “concept” or “idea” cat will remain eternal. Therefore, our innate ideas help us carry a basic form of knowledge within us.

However, Plato’s disciple, Aristotle (385 BCE – 323 BCE) challenged Plato’s thinking by emphasizing acquisition of knowledge through experience i.e. there is no innate knowledge. He thought all of our ideas and knowledge have come into our head through what we have sensed and experienced (probably what many of us believe today).

It is interesting to see that Plato’s and Aristotle’s thoughts continue to be widely debated today – almost 2,500 years after their original exposition. Only, in our times, this is called the Nature vs Nurture argument! 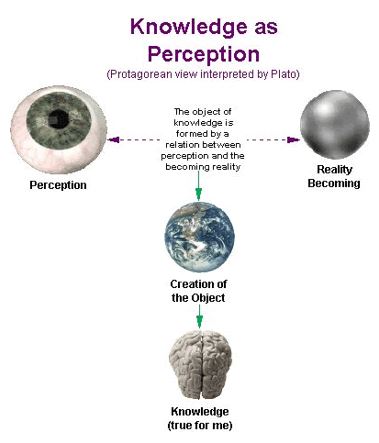 Next, Descartes (1596 AD – 1650 AD), an exceptional French philosopher, stated: “certain knowledge is only attainable through reason” (just like Socrates did). He agreed with Plato’s theory of “innate ideas” in a slightly different way; according to Descartes, metaphysical ideas, such as the idea of God, are innate. He doubted everything in life except the fact that “he doubted”. Descartes used this method to distinguish certain truths from probable truths. This is the foundation for Descartes’ thinking and his famous Latin statement “Cogito ergo sum” – “I think therefore I am.”

David Hume (1711 AD – 1776 AD), a Scottish Enlightenment philosopher, was also very influential when it came to epistemology and built his foundation on the thinking of historical philosophers described above. He is placed in a group of other British philosophers known as the Empiricists. Empiricism is the theory that all knowledge is based solely on experience which is derived from our senses. He even expanded this empiricist theory to what he called “complex ideas”. This consisted of two unrelated experiences or pieces of knowledge whose juxtaposition only exists in a human being’s imagination. As an example, we have never experienced an angel. But we have seen a human and we have seen wings. In our imagination, we have joined two unrelated experiences up to form a “complex idea”.

There have been other philosophers throughout history who have left their deep imprint on our understanding of true knowledge, and the discipline of epistemology. These include Immanuel Kant, John Locke and George Berkeley among others. All of them bought their own flavour of independent thinking to give us our knowledge base today.

You can see how our knowledge and thinking process has evolved over thousands of years, as philosophers build their foundations on existing bodies of knowledge and spirit of the times. But can you and I think like a philosopher? Short answer: Yes of course! Long answer: Yes, if you can stop yourself getting too comfortable with your surroundings, are able to retain your natural curiosity about our world, and don’t stop asking ‘Why?’! After all, philosophers are no wiser or smarter than we are; they just know how to think, not what to think. 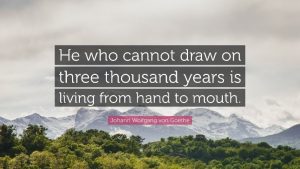