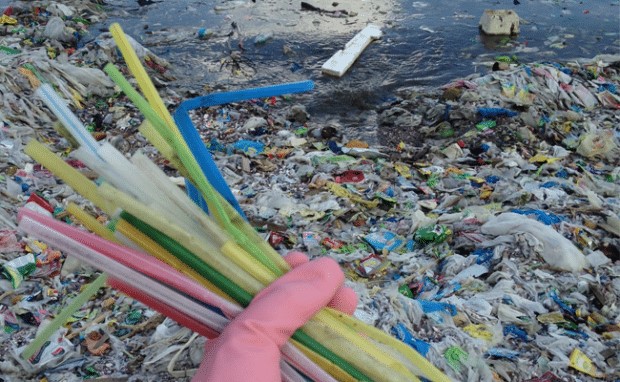 Isabella, Year 9, discusses the impact that plastic has on our oceans, on humans, and what we can do to make a difference.
Plastic pollution is debilitating the Earth’s ecosystems and is a controversial topic being discussed worldwide. It is a material that is in nearly everything we use, despite it being commonly known that it is not a biodegradable substance. In fact, it can take up to 1000 years for a single plastic bag to decompose! 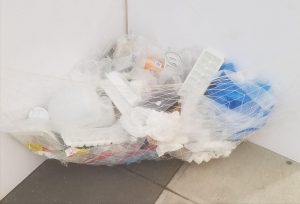 The image on the left shows how much plastic enters the oceans every half second. Now imagine how much plastic there is in the ocean. Nearly 400 million tons of plastic were produced last year, and it is estimated that there is more microplastic in the ocean than there are stars in the milky way. All this could remain there for the next 1000 years, and with the current rate of usage of plastic, this number will only increase. This is a dire situation, with catastrophic effects and something has to be done about it.

How does plastic impact the environment?

Recently, my family and I went on holiday to Brazil, where we stumbled upon an organisation called ‘Projeto TAMAR’. Its purpose is to rescue turtles from 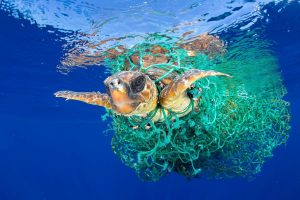 the sea that are either injured or in need of help and nurture them back to health. We were lucky enough to witness one of the turtles being released back into the ocean. This particular turtle had been found in extremely poor health, with a lot of plastic in its stomach, including a whole plastic bottle. This isn’t a rare occurrence – in fact, over 50% of turtles have consumed plastic since they cannot differentiate it from food (such as jellyfish). However, turtles are not the only sea creatures to ingest plastic. 100,000 marine mammals and 1 million sea birds are killed by marine plastic pollution annually. It has been predicted that by 2050, the mass of plastic in the ocean will exceed the mass of fish.

Is it only the sea creatures that suffer from plastic?

It is not only the aquatic species that eat plastic. As a result of humans eating fish, there is a strong chance that we are consuming plastic too. A study showed that seafood eaters ingest up to 11,000 tiny pieces of plastic every year. Furthermore, chemicals such as oil, mercury, pesticides, lead and other heavy metals can now be found in the ocean due to plastic pollution. These can all result in dangerous health problems; hormonal issues, reproductive problems, and damage to our nervous systems and kidneys. Mercury is absorbed by plankton, and exposure to this can cause Parkinson’s disease, Alzheimer’s and heart disease.

What can we do?

Firstly, we can support non-governmental organisations like ‘Projecto TAMAR’ which make a huge difference in saving aquatic species. Secondly, we need to start recycling more – the average citizen in London buys 3 plastic water bottles a week – that’s 175 plastic water bottles each year – but on average they only recycle a quarter of them. If the usage of plastic was to decrease (and the amount recycled increase) it would significantly benefit the planet.

How can an individual limit the use of plastic?

We can all do our own bit to help, including: