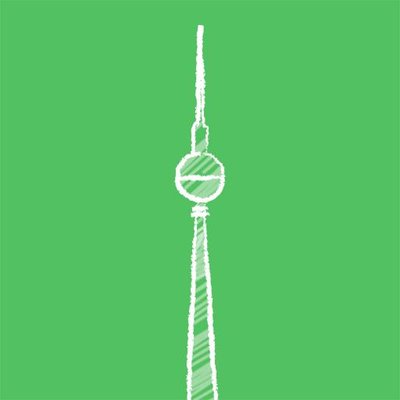 Sofia Justham Bello, Year 12, tells us more about a recent work experience trip to a Kindergarten in Germany, focusing on the differences in educational practice from her own education.

This blog is based on my work experience in a German Kindergarten in Schwäbisch Hall, Southern Germany, which was arranged by the Goethe Institut. The Goethe Institut promotes the study of German abroad and encourages international cultural exchange, through language lessons, lectures, courses and libraries.

I entered a logo-designing competition in September for the Friends Of The Goethe Institut London, and won, along with 9 other 16 year olds in the UK, a work-shadowing trip to Germany. I worked at a Kindergarten which had children from ages three to six (it involved a lot of singing, going for walks in the forest, and even carpentry!) I really liked how the children there had the freedom to play and the multi-cultural aspect of the Kindergarten was uplifting, given events that are happening in the world today. I also might want to work in education so it was a useful experience.

The system of the German Kindergarten is important to understand why my work experience there was so inspiring. It is commonplace knowledge that the actual word “Kindergarten” in German, literally denotes as a “children’s garden”. Kindergartens were established as a pre-school educational approach based on social interaction through singing, playing and more practical activities such as painting, and arts and crafts.

Arts and crafts: “Basteln” are very important to German Children and integral to German culture; when I worked at the Kindergarten the children were preparing “Laterne”, lanterns, for the traditional festival for children- ‘St. Martin’s Day”; whereon the 11th of November Kindergarten children walk the streets holding their lanterns that they made.

These creative teaching methods ensure that children interact with others and thus transition successfully from home to school.

Historically, such “institutions” for young children originated from Bavaria in Germany and arose in the late 18th Century in order to help families support their children whilst both parents worked. Nonetheless they were not called “Kindergartens” at this point. In fact the term was later coined by Friedrich Fröbel who created a “play and activity” institute in 1837. He renamed his institute Kindergarten in 1840, reflecting his belief that children should be nurtured and nourished “like plants in a garden”.

This idea of children flourishing “like plants in a garden”, and the independence connoted with this image, was evident in the Kindergarten that I worked in in Schwäbisch Hall. On arrival I noticed the immediate differences between my nursery experience, and the “Kindergarten” experience the children were receiving in Germany. The teachers working there were shocked that I began school at the age of four, whereas in Germany, Kindergarten is a process that goes from ages three all the way up to six year olds. The site also had a “Kinderkrippe” upstairs, which is a crèche, so essentially up to six years of your life could take place there, which is a huge part of your childhood. Hence the responsibility the teachers have to shape their childhood is huge.

The teaching approach there encourages the young children to think and act independently. Moreover there is a huge focus on nature, and everyday the children would go on a walk and thus connect with nature. The first day was “Waldtag”, day of the forest, which is a national scheme run by the government to encourage children to explore German forests. We spent a long day walking, running, and feeding animals, like goats and sheep. In the afternoon we stopped to have a break and the children were able to play. One child approached me repeatedly saying the word “Säge” which means a “Saw”; I thought that this had got lost in translation, but to my surprise the children began to saw at the forest ground, constructing small houses out of branches, with minimal supervision from the teachers.

It was evident, from just one such example that the children there have more freedom to play, no pressure to read or write (which naturally comes later on) and thus their childhood is extended and their collaborative skills are improved. The older children took care of the younger ones, and overall it was an extremely inspiring experience

Here is a link to the Goethe Institut Website: https://www.goethe.de/en/index.html