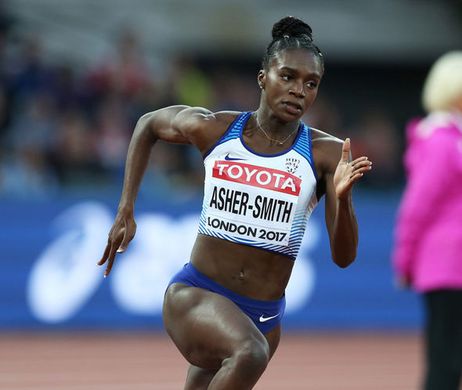 Dina Asher-Smith graduated from King’s College London in 2017, which shows just how incredible she can time manage doing a degree and training full time and this gives me inspiration if ever I feel that I am falling behind with work. What separates Dina from other athletes is how down to earth she is. I was fortunate to meet her during the BT Action Woman Awards 2018 (which she won) and she was saying that hard work is the key to all her success and anyone can follow her lead.

If you haven’t watched it, I thoroughly recommend watching a clip of the 4x100m relay in the European Championships. It is amazing watching her run – she is the fourth leg of the British team and she comes from being in fourth to winning it, by in what in sprinting terms is an enormous lead.

She is a truly inspirational athlete and has managed to overcome many obstacles in her life to be one of the nation’s greatest athletes.