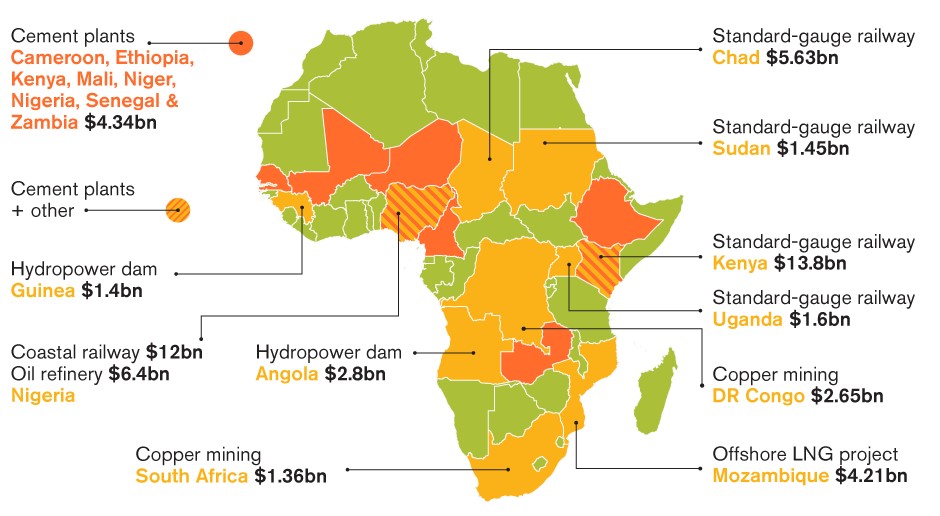 Sofia, Year 13, discusses whether the increasing power of China is something that should be concerning the global community.

China is increasingly becoming a hot topic amongst economists as we see the developing influence it is having on the western world. We are seeing a new form of colonialism – neo-colonialism – whereby China has (by being the second largest economy in the world) significant power over countries. One would expect this to be only over lower income countries; however, China is even beginning to power the West’s markets and economies and even has the power to have political control.

It is evident that many African countries increasingly depend on China as a trading partner as trade was worth $10.5 billion in 2000, $40 billion in 2005 and $166 billion in 2011. China is currently Africa’s largest trading partner, having surpassed the US in 2009. However, dependency on China extends more deeply than trade. China has been seen to be providing many African countries with loans in the form of top-down development projects. Examples such as this can be seen in a $3.2 billion railway in Kenya, trekking 300 miles from Nairobi to Mombasa, which is faster than the equivalent distance of a train journey from Philadelphia to Boston. China has also built a $526 million dam in Guinea and a $475 million light rail system in Ethiopia, which is the first of its kind in sub-Saharan Africa. These infrastructure projects are effectively seen to be loans however these loans are extremely risky, with low or no interest, where often most of the money is not completely paid back. This shows that China is not investing in these projects for economic benefit, but to have leverage over a country. This allows China to have political leverage, especially in votes at UN conferences such as those involving the China/Taiwan governance issues or China’s allies such as North Korea.

In the most recent vote involving condemnation of North Korea, only 12 out of the 54 countries in Africa voted against China’s ally. It has also been found that if a country recognises Taiwan (which is under Chinese governance) as a country in its own right they receive 2.7 fewer Chinese infrastructure loans a year. Furthermore, if an African country voted overwhelmingly along with China in a UN General Assembly they receive 1.8 more infrastructure projects a year. This shows that increasingly in these vulnerable countries China is controlling their economies as well as their political views.

However, this is not only the case in low-income countries such as those in Africa, we have been seeing in recent years China is using a similar technique to have more influence over Europe. China is the EU’s largest provider of imports accounting for 20.3% in 2015. China has also invested a lot into Europe, arguably for profit however, some projects could also be for political influence even though European economies are significantly larger than those in Africa. Greece and Hungary worked together to prevent Europe condemning of a tribunal’s finding against China and its plan in the South China Sea. China has also recently invested half a billion euros into the Greek port of Piraeus and the Belgrade – Budapest railroad. China has also been seen to drive a wedge between the UK and the USA by decreasing trade between the two and siding with Europe on matters concerning Climate change. China has also been seen to exploit links with certain countries to make foreign policy hard in areas such as human rights.