Isabelle in Year 11 looks at whether we will ever be able to live on the moon, and what this might involve.

Ever since man first stepped onto the moon, the possibility of one day living there has become increasingly prevalent. NASA’s several lunar missions have brought back information that shows the potential of a new home for the human race and, with Earth slowly becoming less inhabitable due to global warming, it is now more essential than ever to find a (potentially radical) solution. In our solar system the other planets have extreme temperatures and pressures that would make it impossible for us to survive and, since technology has not advanced enough to send life beyond the moon, it is unlikely the habitable planets outside of our solar system are within reach in the next 100 years.

Data collected by NASA has shown that the moon’s surface (made up of regolith) has a consistency and cohesiveness of baking flour and although it is similar to sand on the Earth’s surface, it has very different properties. A build-up of electrostatic forces causes the regolith particles to stick to equipment and astronauts’ suits and clouds of dust could become trapped around the wheels of vehicles rendering them immobile. It would definitely be difficult to build infrastructure on this type of surface but a planned Artemis mission in 2024 will send scientists and engineers to the surface to examine the potential.

Water is an essential for humans and although the moon lacks liquid water, molecules can be found trapped in the rocks and minerals or in the form of ice at the poles. This water can be extracted to sustain human life for some time – certainly not the entire of Earth’s population but potentially enough for a moon base. Oxygen for breathing can also be found in the moon’s surface as it makes up 42% of the regolith. This can easily be extracted by robots which NASA have already built prototypes for, and used as fuel for rockets alongside hydrogen. So, the moon already has the raw materials for 2 necessary conditions for humans to live.
Food is a little more complicated. In previous space missions, astronauts have brought light, compact packets of non-perishable food but going back and forth from the moon bringing food every few months would cost a huge amount and a whole civilisation would require a lot more food compared to 3 or 4 astronauts. The moon’s soil contains toxic elements that would kill plants before they would have the chance to grow but experiments have found that if you add human manure, the soil becomes safer to use. This sustainable way of producing food would only need seeds to be brought in the spaceship.

A major difference between the moon and Earth is the strength of gravity. The moon’s gravity is around a 6th of the Earths. This has a negative impact on humans as the weightlessness causes bone density and muscles to deteriorate as they are not being used and heart rate and blood pressure to decrease dramatically. Fitness levels of astronauts have been shown to drop as aerobic capacity reduces by 20-25%. However, there have been no deaths related to lack of gravity over a long period of time and medicine can help our bodies to adapt to the new norm.
Cosmic radiation rarely affects us on Earth due to the ozone layer that protects us from most of the waves however the moon doesn’t have anything like this. Scientists have found that hydrogen can act as a shield and have considered wrapping a form of it around infrastructure. Another option would be to use regolith to create bricks to create housing as this would also protect humans. Much like the Earth, the moon’s poles receive sunlight almost 24/7 and so that would be an excellent option for providing power through solar cells.

Scientists have really thought about just about everything to sustain a base or civilisation of the moon. The problem with this all is the cost. There haven’t been very many missions to the moon due to the expense of building a rocket that contains all the necessary things and the advanced technology such as the rovers that are used to transport astronauts around the surface of the moon. It would currently be impractical as even a handful of people would still require several rockets and as well as robots and technology the idea of sending enough people to even create a base would be impossible for the near future. The dream is not dead yet though. Elon Musk recently became the richest man in the world and he has set his sights on building a small civilisation on the moon among other things through his SpaceX programme and with all the information gathered this could become a reality for the next generations.

On Thursday 20th September, fifteen of our Year 9 Academic Scholars’ had the chance to attend the New Scientist Live festival at ExCel London for a jam-packed day of science and technology, hearing from some of the biggest names in the industry.

The girls immersed themselves into a range of live talks and activities from racing salt water cars to hearing first-hand from astronaut Tim Peake about his out of Earth experiences!

Thank you to Scientist in Residence, Mrs Alex Farrer for organising and assisting the girls on such an inspiring STEAM trip.

Follow the @STEAM_WHS to see more ongoings within the department. 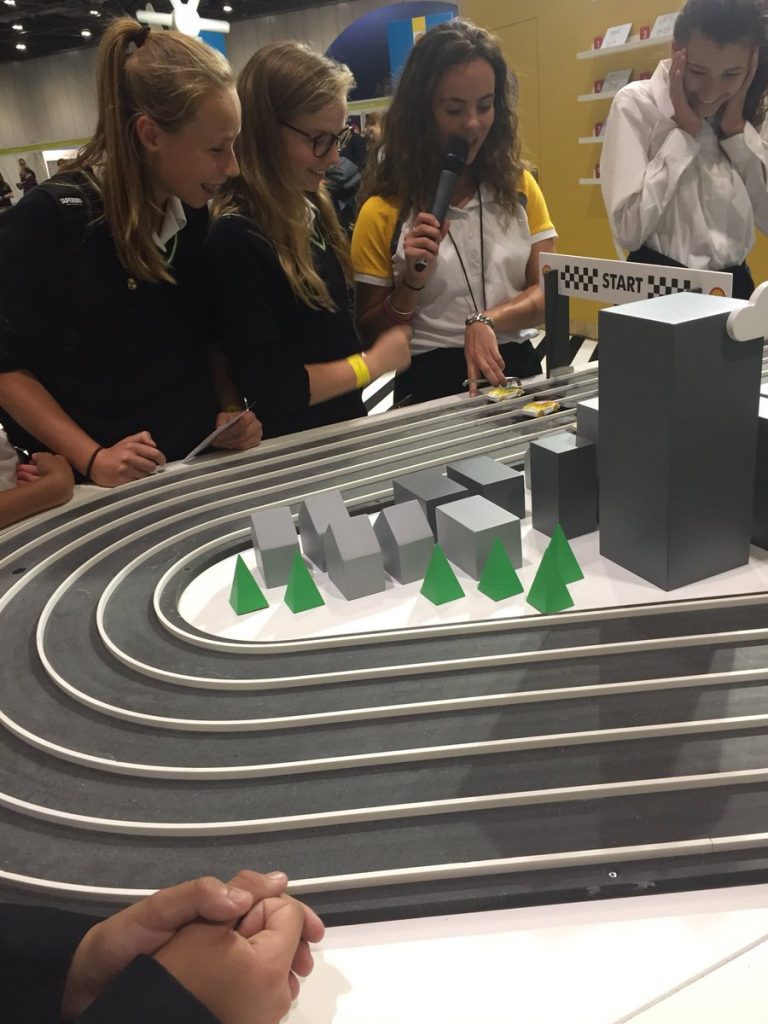 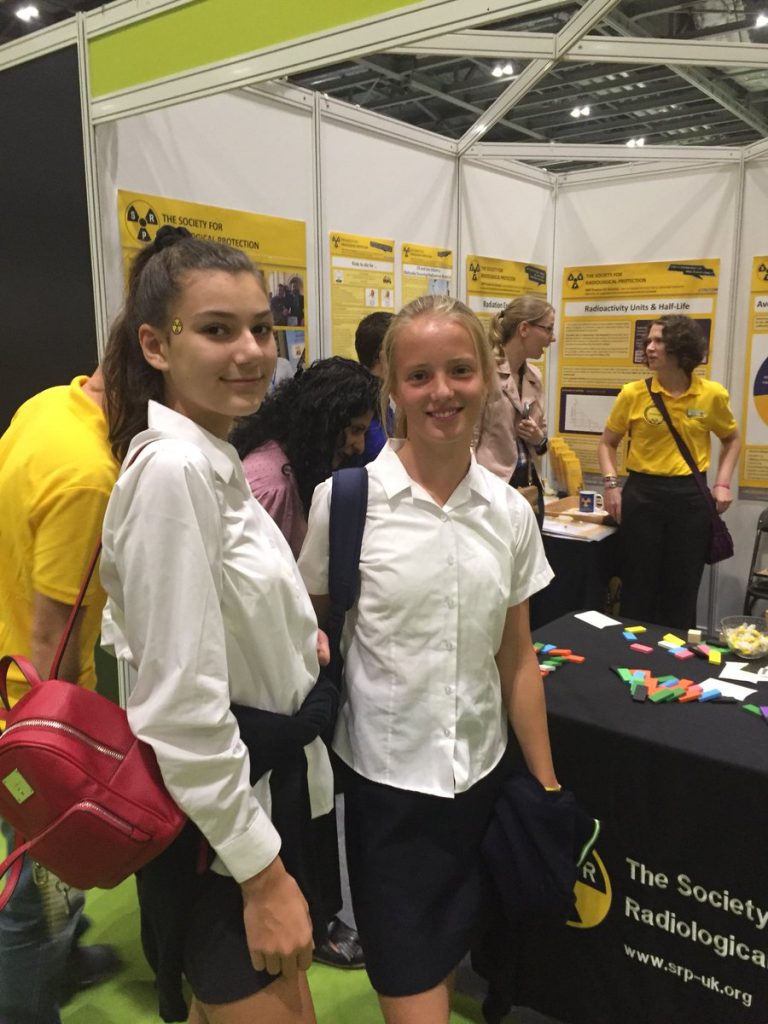 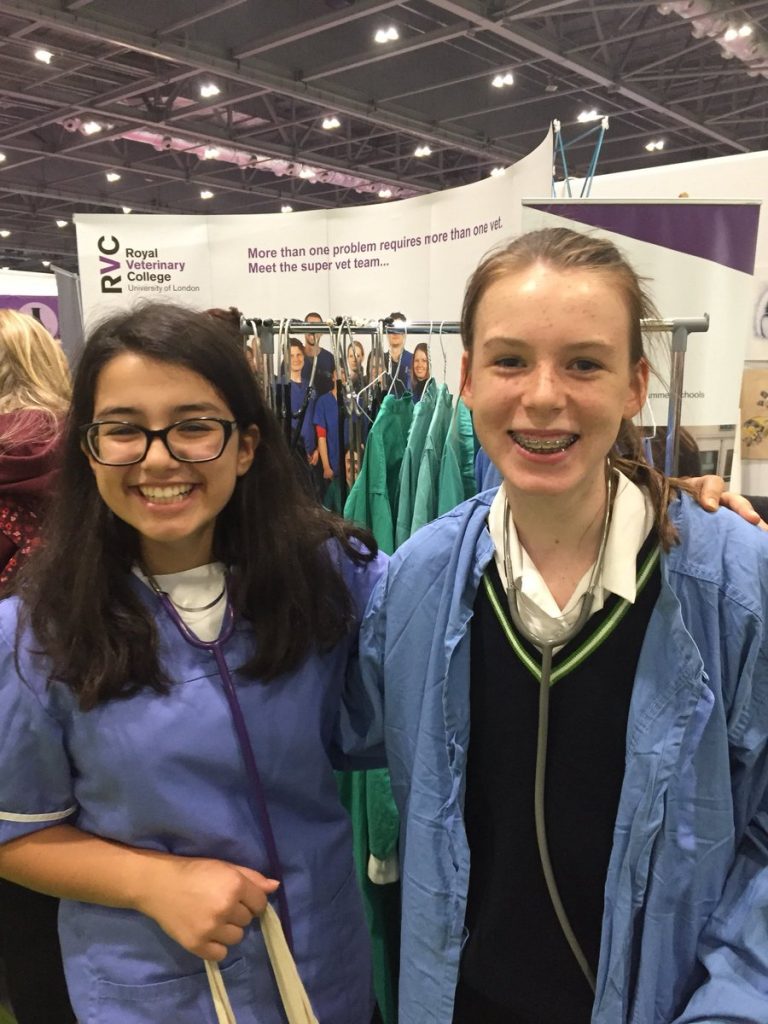 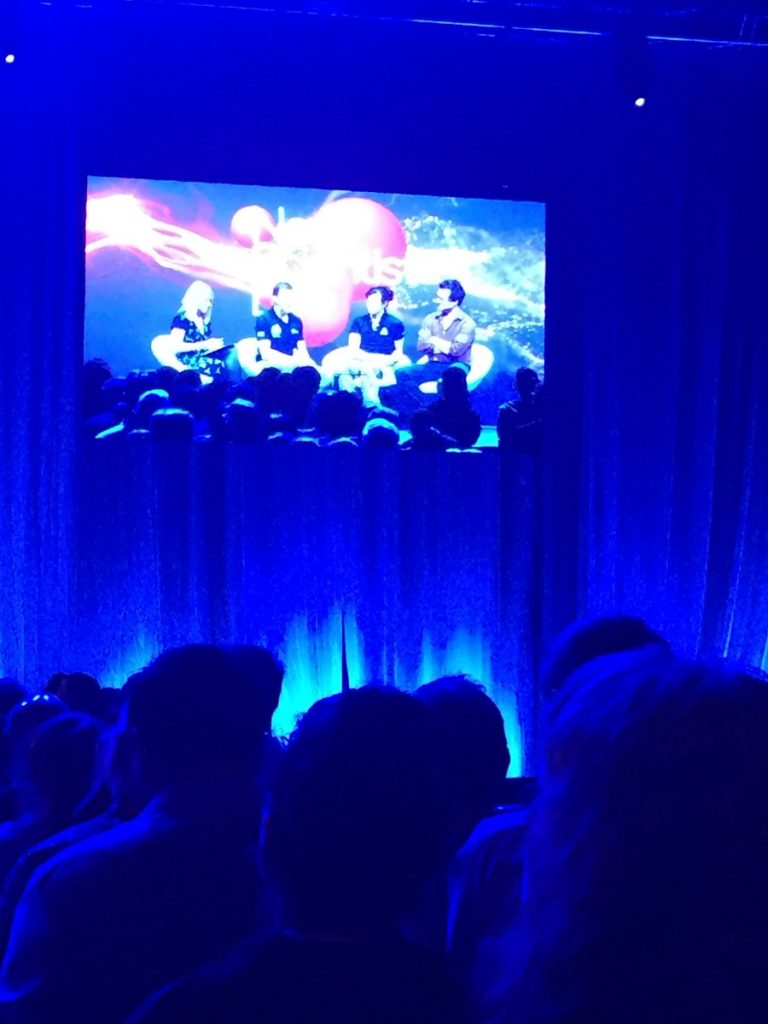 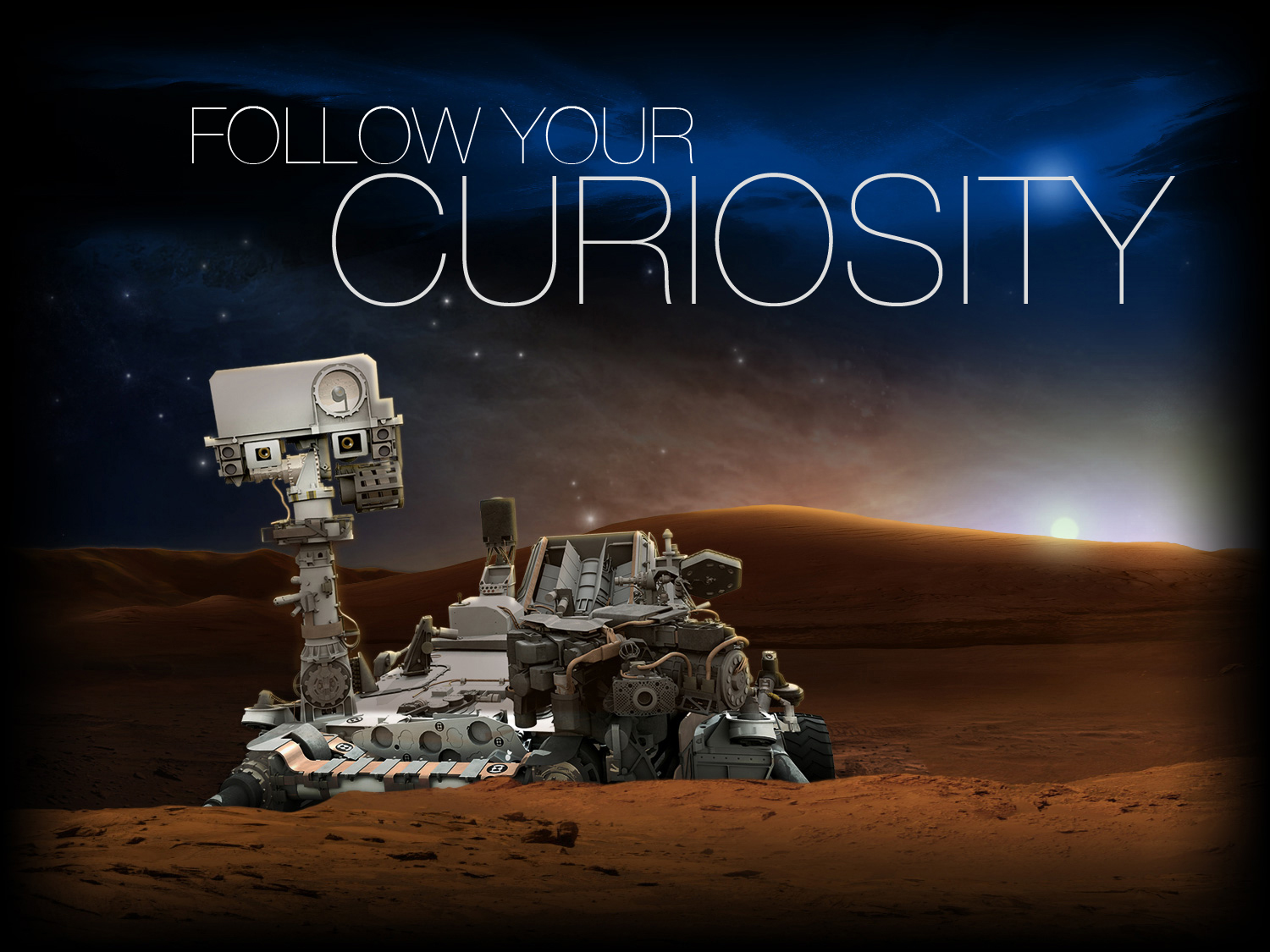 Alex Farrer, one of our Scientists in Residence delivered an Explore lecture about the challenges that space exploration present. The audience voted at the end of the lecture to say whether they though humans should now target the Moon, Mars, right here on Earth or somewhere else entirely… The winner was: Mars! 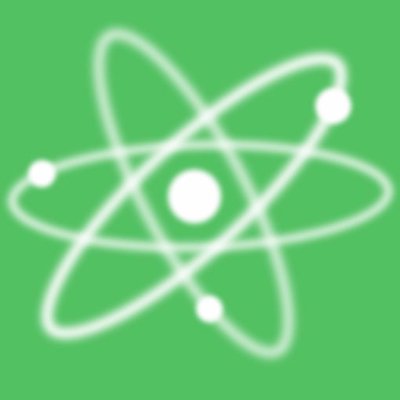 Leslie in Year 11 discusses the increasing threat of junk in space orbit and therefore the significance of and urgency in removal of such junk, and whether a new experiment, led by the Surrey Space Centre, will provide a potential solution to the crowded orbit.

Since the turn of the 20th century, the rising interest in outer space has resulted in an uncountable amount of space debris. This under-reported phenomenon, also known as space junk or space waste, is the cluttering of the universe with man-made objects, and it has potentially dangerous consequences. But why should it capture people’s attention globally?

Hundreds and thousands of unused satellites from all over the world and fragments of spacecraft (including rocket stages and paint flakes) are in the same orbit, together with the functioning spacecraft. This is because many pieces of unwanted space debris take a long time, even decades, to deorbit and fall back into earth. Clearly, due to rising global interest in space exploration, the chances of collision are growing ever greater.

A report from the U.S. National Research Council in 2011 warned NASA that the ‘amount of orbiting space debris was at a critical level…enough currently in orbit to continually collide and create even more debris, raising the risk of spacecraft failures’. More than half a decade has passed since, and the removal of space debris definitely seems urgent.

A key solution to this issue is the removal of space waste from the atmosphere; this is important as even tiny particles of less than 1cm can have dramatic effects due to the high speed at which they travel and the risk of collisions. Perhaps surprisingly, these particles are a major threat to space walking astronauts and humans aboard spacecraft. Whilst it is important to acknowledge that collisions are unlikely due to space being unimaginably huge, the possible consequences could be dramatic, rendering it absolutely essential to diminish the growing threat posed by space debris.

To demonstrate this point, less than two years ago Sentinel-1A suffered an impact, where an object slammed into one of the solar panels and caused a dent of nearly half meter across. Had the main spacecraft been hit, it would have resulted in serious damage. Holger Krag, Head of ESA’s Space Debris Office at ESOC (European Space Operations Centre), stated, ‘We appear to have survived this unexpected collision with minimal impact on this particular satellite. We may not be so fortuitous next time.’

The leading astrophysics agencies’ announcements have emphasized the critical quantities of space debris and although space travel has always had risks, the rising amounts of space junk puts existing spacecraft under a continuous threat, especially as millions of small particles are untraceable. Encouraging further experiments focusing on the removal of them is necessary, as it is urgently important to come up with a solution and this is putting many space agencies under pressure to find the best solution to this ongoing problem.

The solution may be closer to home than we think! Not too far away from Wimbledon, the ongoing mission RemoveDebris at Surrey Space Centre aims to capture and destroy space debris in low cost initiatives, which will hopefully reduce the risk of future collisions. The experiment, planned to be launched this year, consists of four ways to capture space debris. If these methods turn out to be successful, it will be a step towards a safer orbit for the future. It includes: a net experiment, a VBN (Vision based navigation) experiment, a harpoon and deployable target experiment and a DragSail. The RemoveDebris will carry its own junk and measure the success of their methods in space.

The initial experiment involves capturing the debris by firing a net. When the CubeSat (which is released by RemoveDebris to try to capture the objects), is at a distance of 7m, the net will fire and hit the target. The large surface area enables the CubeSat to deorbit at an accelerated rate, which will hopefully remove the debris from space.

Airbus, an international aerospace company, is involved in a harpoon target experiment and many scientists believe that this could in fact provide the solution to space junk. In the RemoveDebris experiment, a small miniature harpoon is planned to be on board. A DragSail, also on board, is to quicken the de-orbit of the satellite when deployed and to speed up the rate of burning in the Earth’s atmosphere, explained by Surrey Space Centre.

The success of this experiment in removing space debris will lessen the risk of collision. It will create a safer environment for functioning satellites and any space vehicles, especially those with humans aboard. This is an absolutely necessary precaution to take before taking further steps in space exploration, and the success of this experiment will provide a new, innovative way to increase safety in outer space.

Despite this experiment providing hope for a better solution to the problem of space debris, how long it will take to make the orbit safe again is questionable and yet to be answered. Nevertheless, the many experiments being undertaken to help tackle this pressing problem provide some consolation. Although it seems like we are extremely far away from junk-free space, it might not be an impossibility.