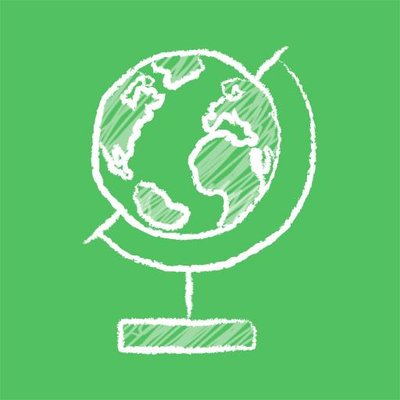 Alex (Year 11) investigates whether the strategy of hotspot conservation is beneficial to reducing mass extinction rates, or if this strategy is not all it claims to be.

Back in 2007, Professor Norman Myers was named the Time Magazine Hero of the Environment for his work in conservation with relation to biodiversity hotspots. He first came up with his concept of hotspot conservation in 1988, when he expressed his fears that ‘the number of species threatened with extinction far outstrips available conservation resources’. The main idea was that he would identify hotspots for biodiversity around the world, concentrating conservation efforts there and saving the most species possible in this way.

Myers’ fears are even more relevant now than 30 years ago. According to scientific estimates, dozens of species are becoming extinct daily leading to the worst epidemic of extinction since the death of the dinosaurs, 65 million years ago. And this is not as naturally occurring as a giant meteor colliding with the Earth – 99% of the IUCN Red List of Threatened Species are at risk from human activities such as ocean pollution and loss of habitat due to deforestation amongst other things. It is therefore crucial that we act now to adopt a range of conservation strategies to give our ecosystems a chance at survival for future generations.

To become accepted as a hotspot, a region must meet two criteria: firstly it must contain a minimum of 1,500 endemic (native or restricted to a certain area) plant species, and secondly it must have lost at least 70% of its original vegetation. Following these rules, 35 areas around the world ranging from the Tropical Andes in South America to more than 7,100 islands in the Philippines and all of New Zealand and Madagascar, were identified as hotspots. These areas cover only 2.3% of Earth’s total land surface but contain more than 50% of the world’s endemic plant species and 43% of endemic terrestrial bird, mammal, reptile and amphibian species, making them crucial to the world’s biodiversity.

This concept has been hailed as a work of genius by conservationists and has consequently been adopted by many conservation agencies such as Conservation International – who believe that success in conserving these areas and their endemic species will have ‘an enormous impact in securing our global biodiversity’.

The principal barrier to all conservation efforts is funding, as buying territories and caring for them costs a lot of money, which is primarily raised from businesses, governments and individual donors. Most of this funding is raised through campaigns focused on charismatic megafauna such as the penguin or the snow leopard. These types of campaigns motivate people as they feel a closer connection to these animals and they seem to really be making a difference in conserving these species. When conservation is done on a larger, regional level, there is less of the gratification that comes along with donating money as there is less control, felt by the donors, over the work done for conservation. Through the identification of 35 specific areas to concentrate funds towards, this reconnects the public, as well as larger companies and local governmental bodies, to the projects, thereby encouraging more donations. It is for this reason that hotspot conservation has received £740 million, the largest amount ever assigned to a single conservation strategy.

Although the 35 areas identified are relatively widespread and well-funded for their conservation efforts, this strategy has been criticised for its neglect of other crucial ecosystems. First of all, there are no hotspots in northern Europe and many other areas around the world, neglecting many species of both flora and fauna. Also, as the criteria for classification as a hotspot are with reference to endemic plant species, many species of fauna are neglected, from insects to large and endangered species such as elephants, rhinos, bears, and wolves. Furthermore, areas referred to as ‘coldspots’ are ignored. This could lead to the collapse of entire ecosystems following the extinction of key species.

Another major issue with this strategy is that terrestrial environments only make up around 29.2% of the earth’s surface area. The other 70.8% is covered in very diverse (but also very threatened) oceans and seas. Marine environments are overlooked by hotspot conservationists as they rarely have 1500 endemic plant species, as deep oceans with very little light are not the ideal environmental environment for plant growth, and species floating on the top are rarely confined to one specific area, making them not endemic.

So, if even the more successful strategies for conservation are so flawed, is there any hope for the future? I think that yes, there is. Although there is no way to save all the species on earth, identifying crucially important areas to concentrate our efforts on is essential to modern conservation efforts. Hotspot conservation is definitely improving the ecological situation in these 35 areas and so those efforts should be continued, but that doesn’t mean that all conservation efforts should be focussed only on these hotspots. Hotspot conservation should be part of the overall strategy for reduction of mass extinction rates, but it is not the fix-all solution that some claim it is.