Richard White, School Consultant teacher and Head of Year, explores the benefits of an integrated and centralised behaviour system in schools and why they are so important.

When I first started discussing the need for a whole school behaviour system ‘why’ was ostensibly a very sensible question. Generally, pupils at WHS are well behaved and there are not a great deal of problems with disruptive behaviour in lessons. On the whole, they treat each other well and show respect towards adults.

Yet this ignores a number of very good reasons, perhaps most importantly that children need clear boundaries. I am sure that most 11-18 year olds would like to say that they do not want boundaries to be put in place, but it is those boundaries that help to develop a safe secure environment and a sense of respect when they are consistently applied. It is also important to help allow teenagers to understand the responsibility they have for their behaviour and subsequent consequences.

The need to have parity of consequences for both positive and negative behaviour, and to have the behaviour of the individual as the focus rather than the teacher’s response to this. This has an impact on staff wellbeing as well, rather than having to chase pupils for detentions or dealing with differing expectations between members of staff the behaviour can be dealt with more objectively at a later point.

By having a behaviour system we are much more able to log patterns of behaviour and help us to build a better picture of the students we teach, as well as having more informed discussions with them and, if necessary, with their parents. This could help us discover when there are issues for pupils faster and allow us to put strategies in place to help them quicker. Whether positive or negative, a behaviour system can allow staff to focus on the behaviour of the pupil rather than potentially making it personal.

Linking back to the initial question of why do this (as the students are not, on the whole, badly behaved), we want to reward the girls more, particularly those who might normally go unnoticed. We wanted to see if we could find a way to recognise a range of girls – those who excel academically and those who publicly achieve – but also those who come to school and work to the best of their ability day in day out, who hold doors open or do small things to try and improve the lives of those around them. Both are of equal importance.

When creating a system from scratch it became apparent very quickly that having buy-in from staff, SMT and pupils were going to be the biggest challenge from the outset.

I have been lucky enough to work in a range of schools with varying behaviour policies, so I took the broad idea of a three strikes rule and a diamond. One side of the diamond would be positive and the other negative, as you move to the tip of the diamond on either side this should represent either more serious consequences or rarer and more sought-after rewards.

After presenting the idea to SMT with the positives that I have outlined above we formed a strategy group that was available to all members of staff. I seem to remember that we ran 5 after-school sessions, each reviewing suggestions of the last subject and how the ideas would work for each different subject.

We also met with the student counsel as well to have their views on the broad idea and what areas of behaviour needed to be recognised and reprimanded. It would have to be said that of the three interest groups that were approached the students were by far the keenest and have always been happy to see those of their peers not representing their community positively dealt with accordingly.

We rolled the system out to a single year group in the final term of the year and were able to iron out any issues with the system ready to launch to all staff and pupils in the following September. This has been reviewed periodically to allow staff and pupils a voice on how the behaviour system is working, allowing for changes and improvements to be made.

What is our system?

We use a system that works on house points and negative behaviour points. The pupils receive house points (this was to try and raise the profile of the house system when we first launched our behaviour system) for model behaviour, class and homework effort, great contributions, excellent achievement and postcards home. We have a range of rewards from half-termly breakfasts put on for those who receive the most model behaviour points in each house and in each year group, which is led on by the House Captains and attempts to further inter-year bonding in the school. We have trips to a local coffee shop, different levels of certificates for accumulative achievement, a cinema trip for the winning house, a range of prizes in the end of term assemblies and in our end of year speech day we have a host of awards that recognise student’s achievements of an academic and personal nature.

The negative behaviour is precisely focused on with detentions being issued when 3 points are collated in a specific category in any 2-week period. Pupils will be told when they are receiving points, but there is not a requirement for staff to get involved in prolonged discussions there and then. The cumulative behaviour is dealt with by the year team, and if they decide detention is warranted then one is issued after a discussion with the pupil regarding their behaviour that led them there.

Every form tutor has a screen that allows them to see when their tutees have two points in any given category so that they can be involved in discussions with their tutees before their behaviour escalates into detention. This allows for the tutor team to step in before the situation has become an established pattern of behaviour.

Depending on the seriousness of offence this can then escalate into further consequences. The intent is to stop this though, particularly if behaviour is recurrent, and after 2 detentions in the same term for the same behaviour type the student would be placed on a report, not as a further punishment but to try and help them alter the negative pattern of behaviour and give them a greater sense of ownership of this. It also allows for more immediate praise when things go well which can have a far bigger impact than repeatedly punishing pupils.

As has been alluded to above having buy-in from all interest groups is the biggest challenge. Staff training, in particular, has been particularly important, and we are very lucky that we have a staff body that has embraced the system. That isn’t to say that there weren’t teething problems, particularly when staff had for so long had their own independent systems for dealing with their pupils. However, with regular training initially and with training new staff in how the system works as part of their induction training sessions has helped it become a part of daily life at school.

Another issue has been age bias. I hold my hands up as a guilty party here. As the pupils get older we often assume that they care less about getting positive points, but as my Year 11s recently showed me when they took me to the task of my tardiness at given them points, they do still care; of course, they do! When they work as hard as our students do they want, and deserve recognition for their efforts.

Technical training and reporting was also initially an issue, and ensuring that there is parity between year groups in approach and staff more generally will always be something the school needs to be mindful of. As with any system that relies on people things will always be subjective, and therefore never without its problems.

Behaviour is not perfect, and in a school, I do not believe it ever will be. However, our pupils learn to be more responsible for their behaviour and we are able to have much more informed conversations with them and their parents about both the positive and negative behaviour we see in school.

Wayne Eaves, teacher of Geography and advocate of coaching, looks at the importance of recognising the significant value of the quieter learner and the opportunities they offer to the wider classroom. In a world of constant stimulation and talk, where verbal contribution is too often used as a means of assessing pupil progress, it is vital that teachers reflect on their own classroom practice and ensure that ‘quiet’ is a positive and valued attribute.

The Power of Introversion

Much debate among educationalists followed the publication of Susan Cain’s book ‘Quiet-The Power of Introversion in a World That Can’t Stop Talking’ and her call to move away from the cultural bias towards extroverts in schools by creating introvert-friendly learning environments and recognising the ‘invisible’ student. Counter arguments, championed by Jessica Lahey in Atlantic magazine, maintained that to achieve success in today’s world, it is imperative that students are coerced through grades, based on verbal participation and teacher expectations, to take an active and vocal part in class.

Western culture certainly appears to present and value extroversion as an asset while disparaging introversion as an affliction or flaw. However, in other cultures silence is a sign of deep respect and is more highly valued than talk/discussion. The stereotypical description of the extrovert as Act-Think-Act, and the introvert as Think-Act-Think is rarely helpful since in reality (especially the classroom) a whole spectrum of introversion and extroversion exists. The aim must surely be to incorporate and celebrate the approaches of all learners.

The modern classroom with its focus on active and collaborative learning, exciting technology, group work and discussion can all too often ignore the needs of the quiet learner and indeed actively hinder their learning. As Cain points out, the extrovert draws energy from social interaction while the introvert draws energy from internal reflection and quiet time and may easily become drained by non-stop interaction with others.

How can the classroom teacher adapt their teaching to meet the needs of all their learners? A variety of strategies can help the confidence of all students: 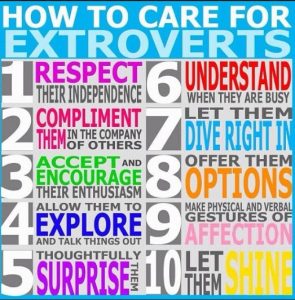 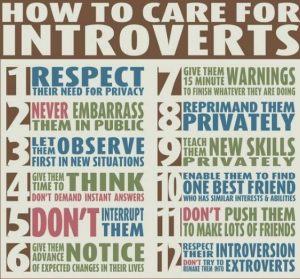 Figure 1: ‘How to care for Introverts/Extroverts’– The Introvert’s Dilemma (blog)

Although quieter students may need some adjustments to be made in the learning environment, the benefits that they contribute to the classroom are considerable. They naturally bring an element of mindfulness to a lesson and, given the opportunity, present new ideas and perspectives which enrich the learning and experience of others. It is their fellow students and their teachers’ duty to listen to them. When she was asked what inspired her to write her book Cain likened introverts today to women at the dawn of the feminist movement—second-class citizens with gigantic amounts of untapped talent. As her book concludes, ‘our culture rightly admires risk-takers but in today’s world we need the heed-takers more than ever’.

Lahey J.  ‘Introverted Kids need to Learn to Speak up at School‘, The Atlantic, Feb 2013