Science on the Sofa is a really rich source of ideas and inspiration from the Glasgow Science Festival, running from 9th September to the 9th November. You will find lots of thought provoking family fun with practical activities that will appeal to the young as well as the not so young! Some of my favourites include pendulum power and gecko glue which you can find in the Hands-on (line) 3 section. 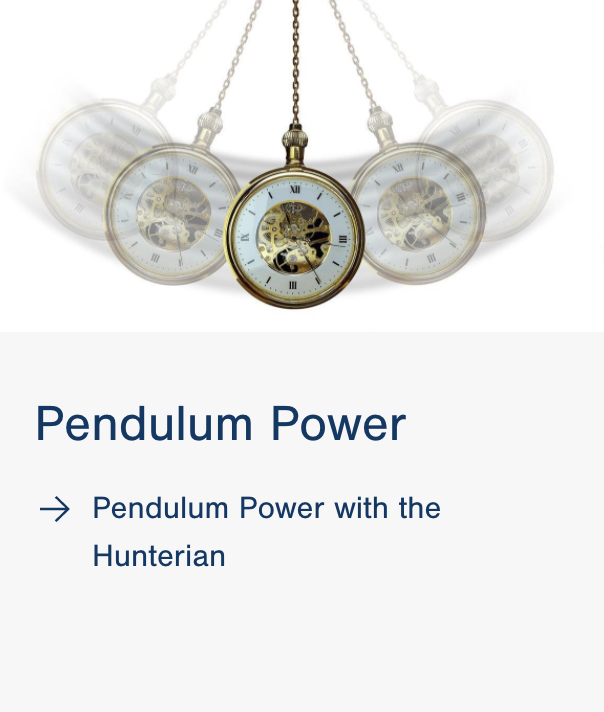 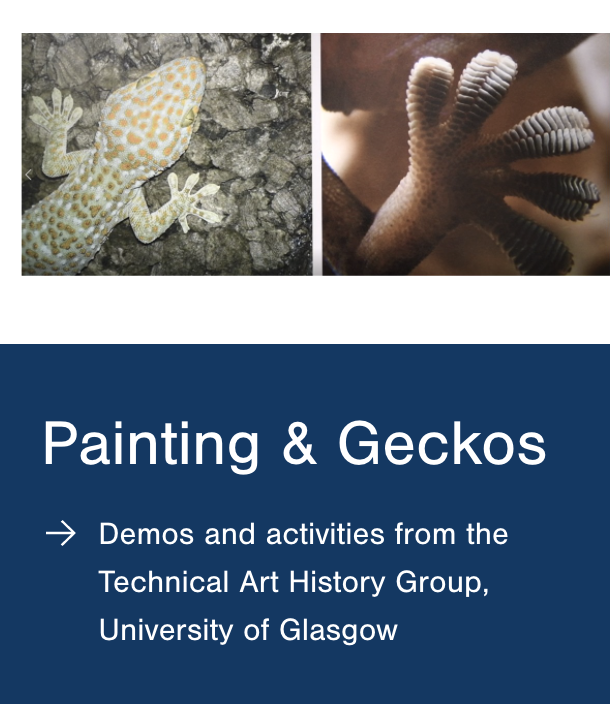 Each Wednesday afternoon all of the junior girls have the opportunity to take part in an extra co-curricular club run by the Wimbledon High School teachers. One of the clubs on offer to year 6 is the Teen Tech City of Tomorrow Club which  is based on a competition open to 8-14 year olds. As part of the competition young people are asked to design a city of tomorrow that will be kinder, safer and smarter, and build a model to explain their ideas. The year 6 girls currently involved in this project have spent some time thinking about problems that exist in our cities, and have been coming up with inventive solutions to solve those problems. They are using recycled materials to construct a models of their ideas and will be showcasing their “Cities of Tomorrow” soon. We have enlisted the help of a civil engineer to give us some feedback on their ideas (virtually via Teams of course). Lexi Mackle, who is currently working on HS2, will be well placed to advise on transport issues, but has also offered to talk to the Teen Tech Club about her career and her suggestions for safer, kinder, smarter cities. Thank you Lexi! The girls are very much looking forward to meeting you. 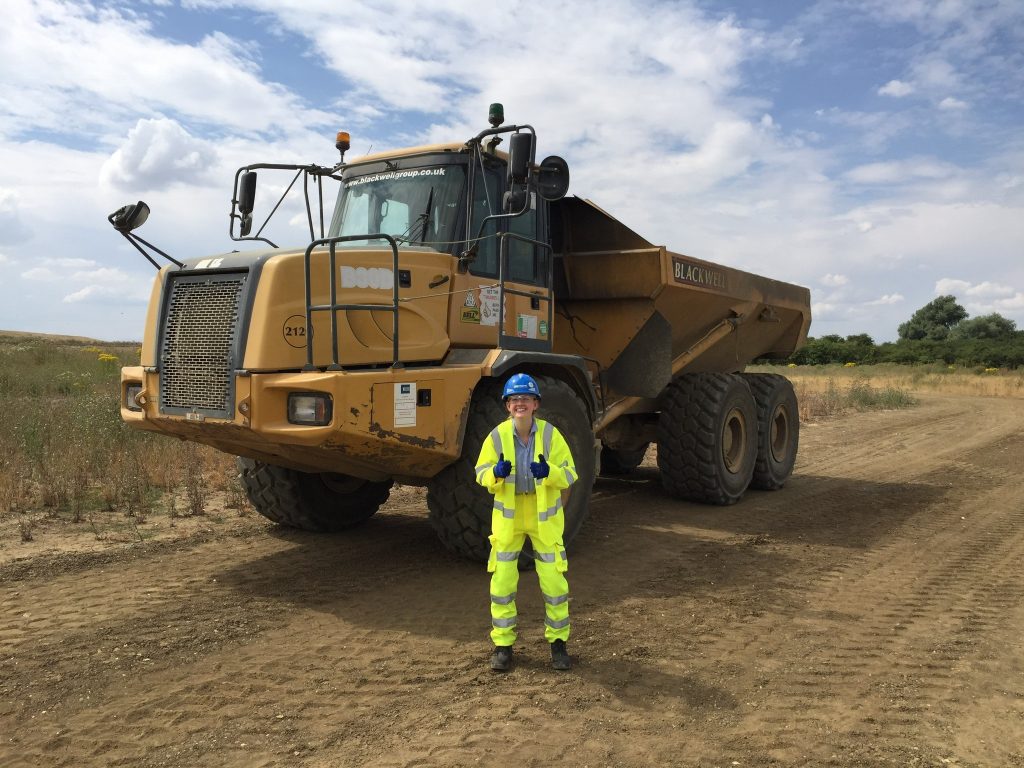 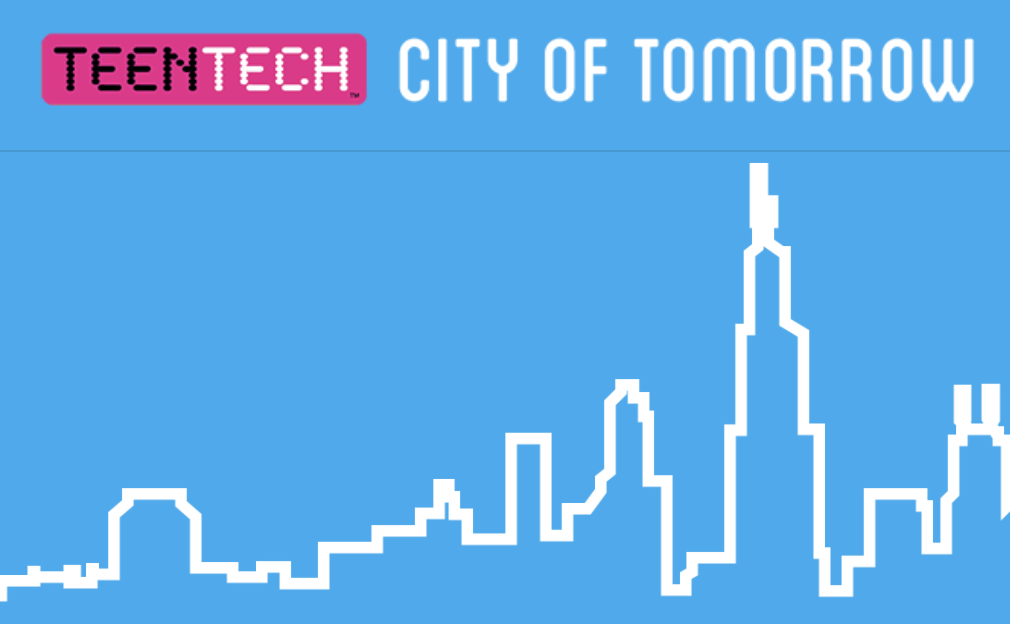 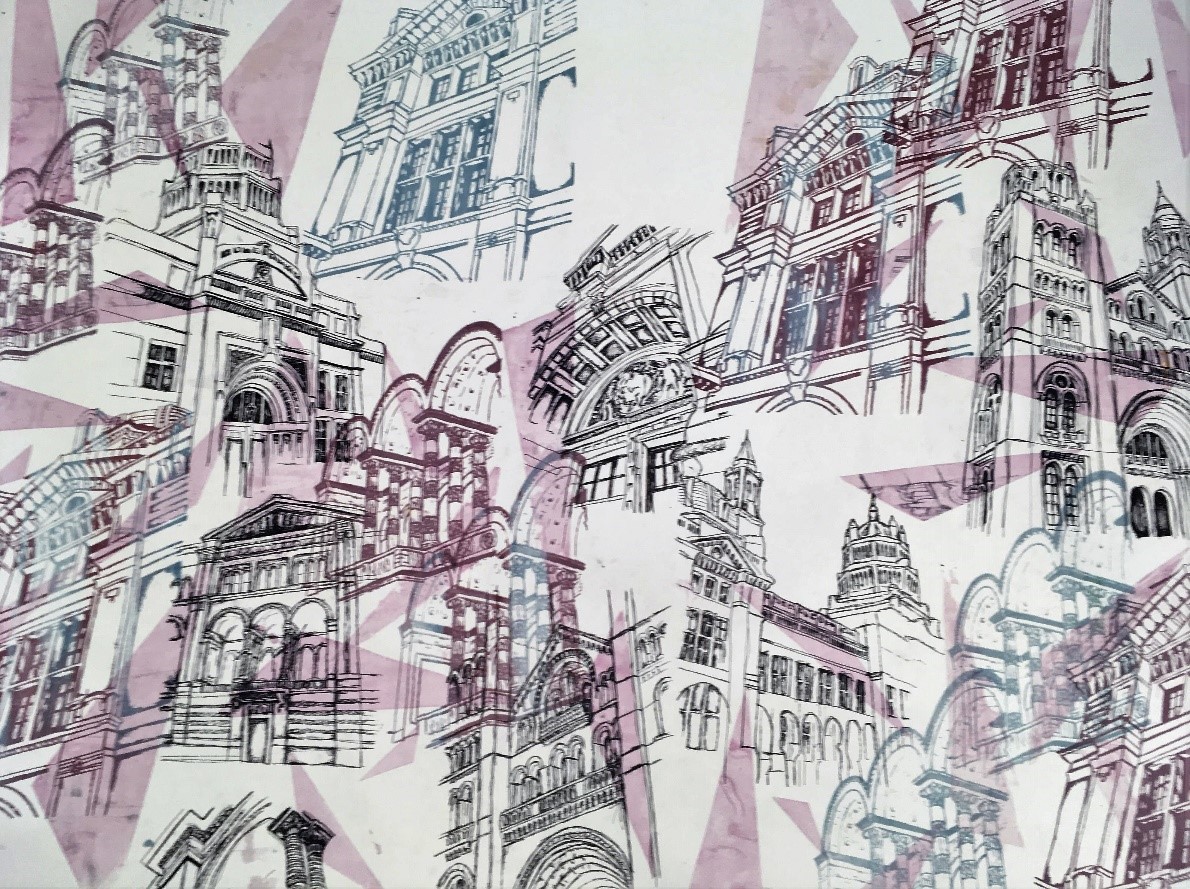 Hafsa from Year 8 tells us all about the morning we welcomed year 8 students from Lycée Français Charles de Gaulle de Londres to the Library at Wimbledon High.

On the 11th of February, our Spanish class were lucky enough to meet with a group of French students from Charles de Gaulle Lycee. We waited in the Library for them to arrive and once they did we all found out what we were going to do. We had to make a circuit to ensure that a lizard would not enter a hole by making an alarm system. This STEAM activity was based on the book Holes that the French students were reading at that time. My group came up with an alarm system which made a sound when the lizard came close to the hole. If the lizard approached the hole, it would step on a piece of foil, a conductor. We carefully placed the foil so that all the pieces surrounded the hole, not in contact. As soon as weight was applied, all of the foil pieces would touch, completing the circuit and making the buzzer go off. Other groups came up with various different ideas like trapping the lizards and using bulbs instead of buzzers. After this activity, the French students gave presentations of their own. These presentations were based on the same book, but overall were very contrasting. One group had made mathematical worksheets while another performed their favourite extract. It was interesting to see the sort of style that the French students used to express their learning and was quite an eye opener. To end the session, we all said goodbye and thanked the school for coming over and working with us. I really enjoyed this experience because I got to see the presentations from the students and work with them. This experience made me realise the similarities that their school had with ours. I honestly did not expect this because I had never really thought about what education would be like in other countries. This makes me wonder how much our school has in common with other schools around the world.

Thanks go to Hafsa for capturing so brilliantly the excellent morning the two schools shared. We are very much looking forward to future initiatives with the Lycée! 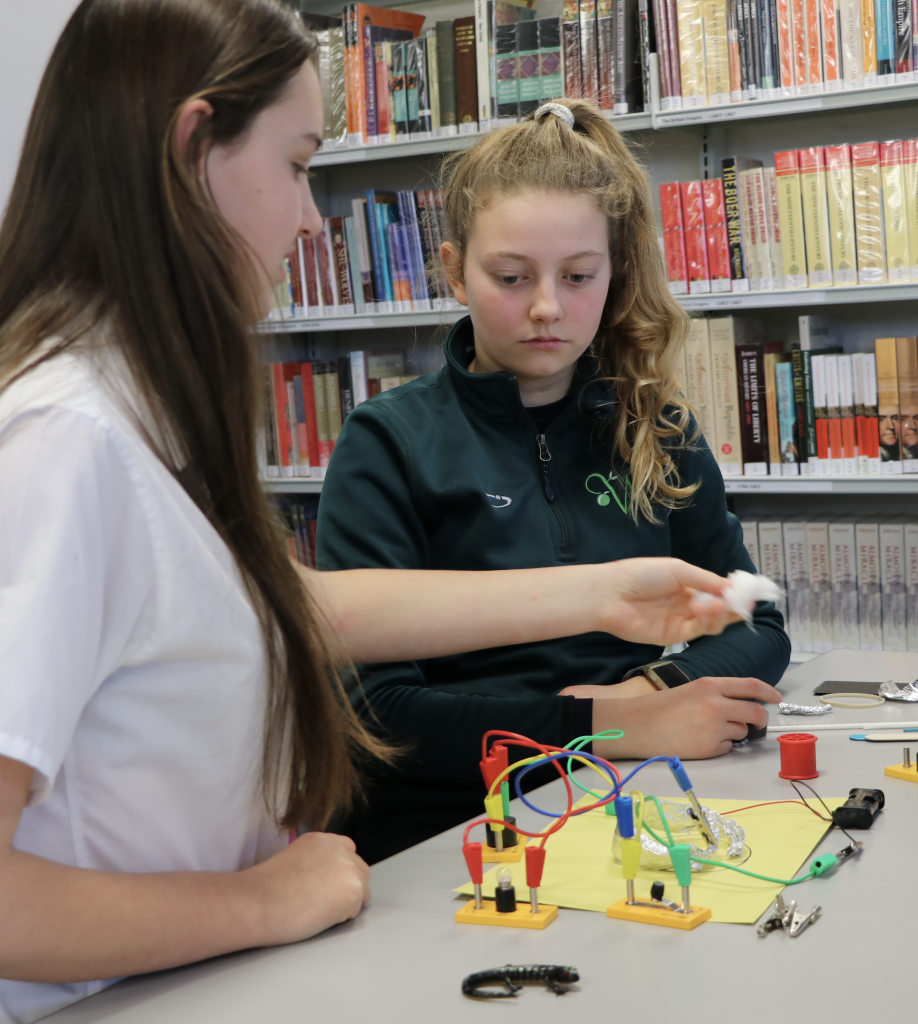 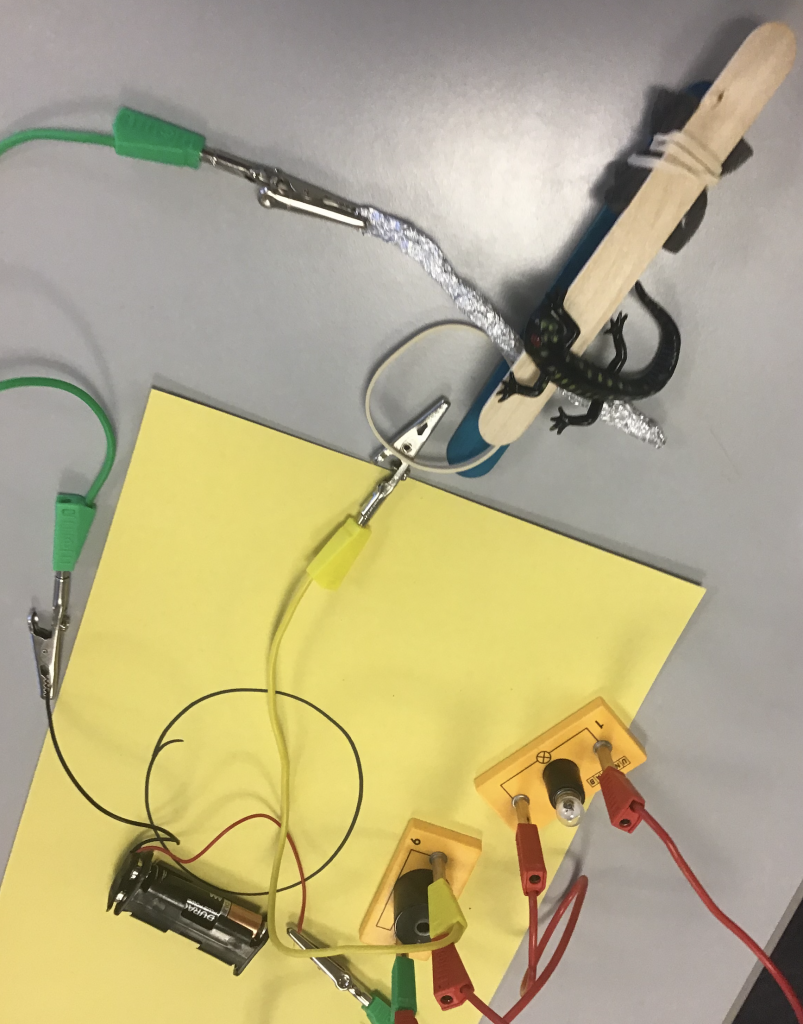 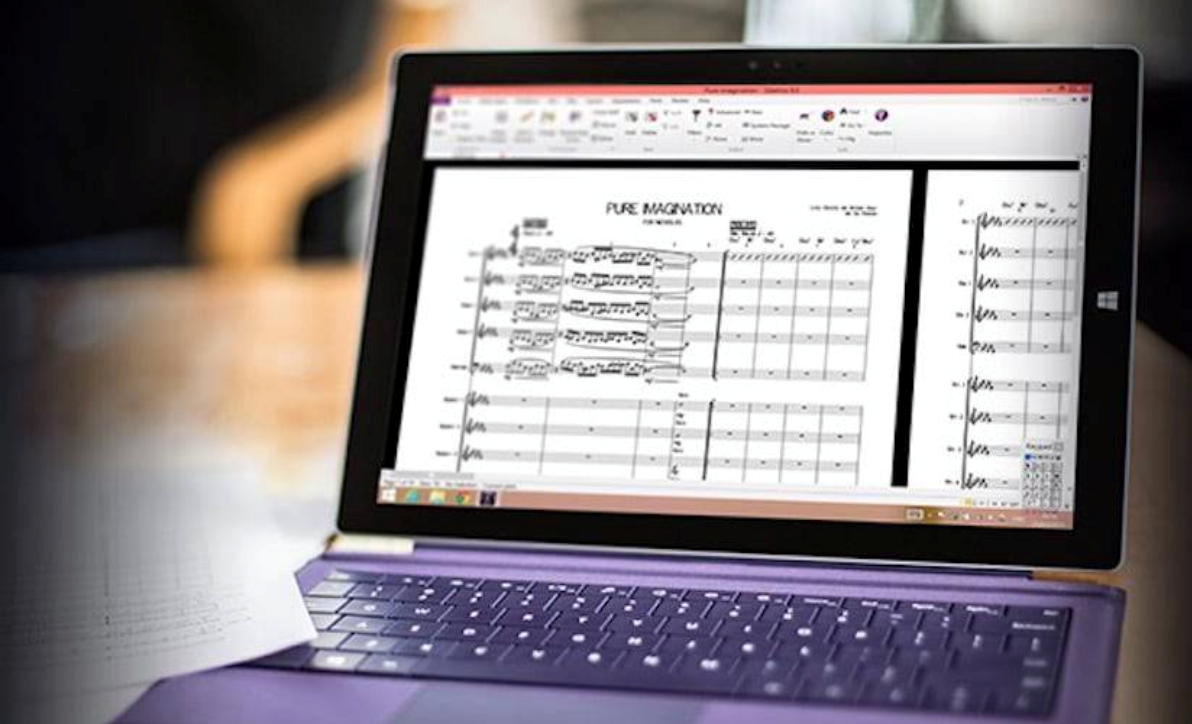 Year 5 were lucky enough this week to be visited by Dr Jasmine Sandhu, a space scientist from UCL’s Mullard Space Centre. Jasmine explained to both classes about what her research entails, what she likes about her job and the skills she uses. There were lots of questions about The Sun, solar storms, the Earth’s magnetic field and the magnetic fields surrounding other planets. As well as answering lots of questions, Jasmine also helped us to build a magnetometer, similar to the one that she uses at her space centre. We are going to be taking magnetic field readings and seeing if variations match up with solar storm data. If you would like to find out more the Ogden Trust explain their excellent activity here. 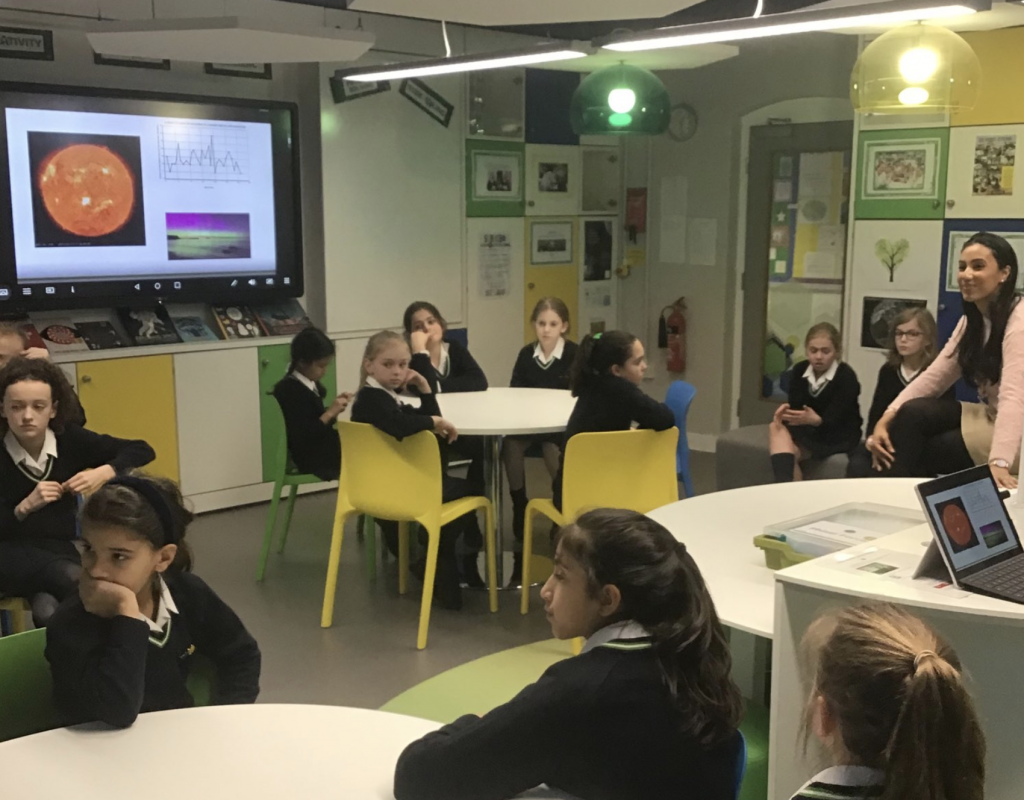 Every year the Royal Institution hosts a series of Christmas Lectures in the iconic Faraday Lecture Theatre in Albemarle Street in London. These lectures have been inspiring children and adults since 1825 when Michael Faraday first began to deliver them.

The 2019 Christmas Lecture was given by Dr Hannah Fry and was all about the Hidden Power of Mathematics. You can watch all three lectures on BBC iPlayer. You can also watch the Christmas Lectures from previous years here.

I think my favourite so far might be Kevin Fong’s “How to Survive in Space”! Teachers might be interested in the debate resources that support the discussion of controversial topics in the classroom. More information can be found here.

If the RI get stuck for someone to invite to speak next year, we know someone who would be very keen….! 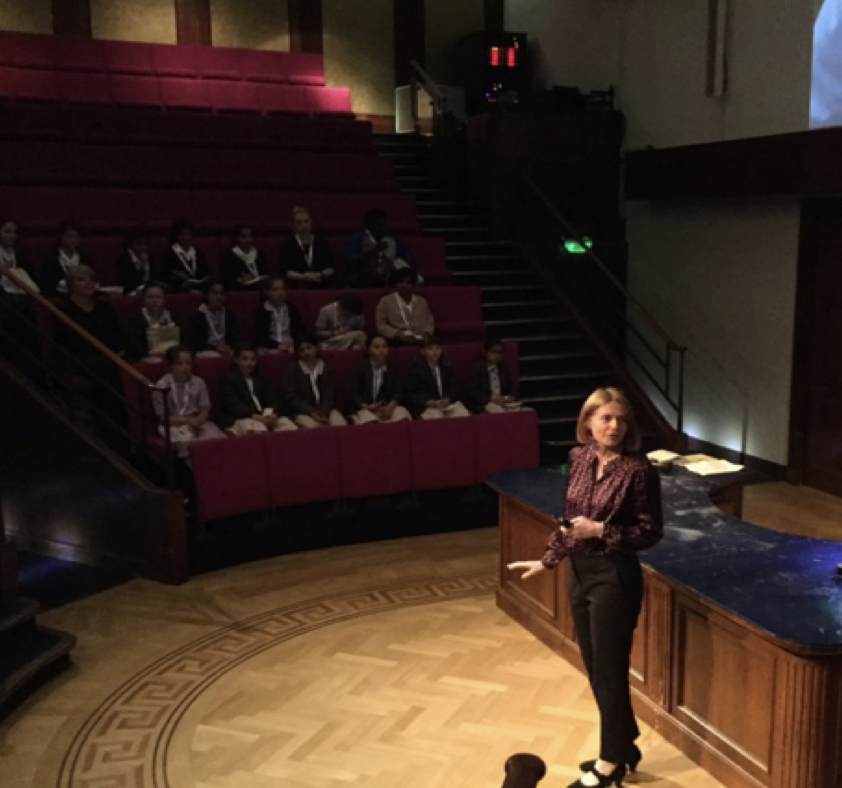 It was incredibly inspiring to listen to Helen Sharman talk about her career as a scientist and her decision to become an astronaut at the GDSTEM Conference at Imperial College. A group of year 8 students took part in a varied selection of talks delivered by lecturers from Imperial and came away with many plans to inspire their peers. We are looking forward to seeing the varied ways in which they will do this over the coming months. 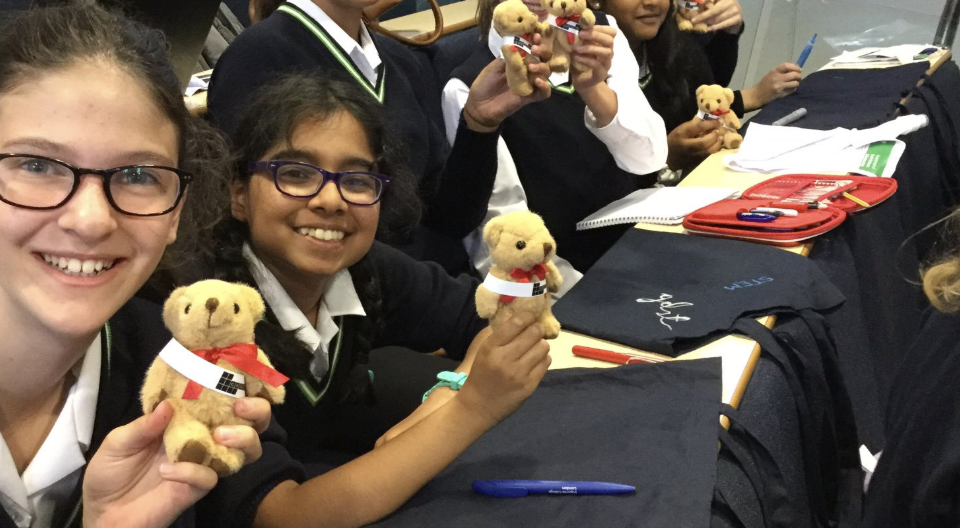 Do look out for the Spring 2020 programme of events at the Royal Institution available on their website very soon. Some of the tickets do sell out quickly, so plan ahead if you would like to hear from world experts on a vast range of science topics. There is a really varied programme of talks, workshops and events for adults, children, families and schools. Take a look and see if anything sparks your imagination!

A great opportunity to see a play about the life of junior doctors working within the NHS. It’s only on this week – do see Dr Seeta for more information if you are interested.

May 23rd 2019 is Outdoor Classroom Day, a global campaign to promote and celebrate taking learning and play outside. At Wimbledon High Juniors we encouraged teachers to take their lessons outside and enjoy the sunshine. Pupils hunted for maths in the playground, enjoyed library club in the fresh air, took part in STEAM busking, enjoyed Spanish outside, as well as carrying out lots of science of course! There is  more information about the campaign here. 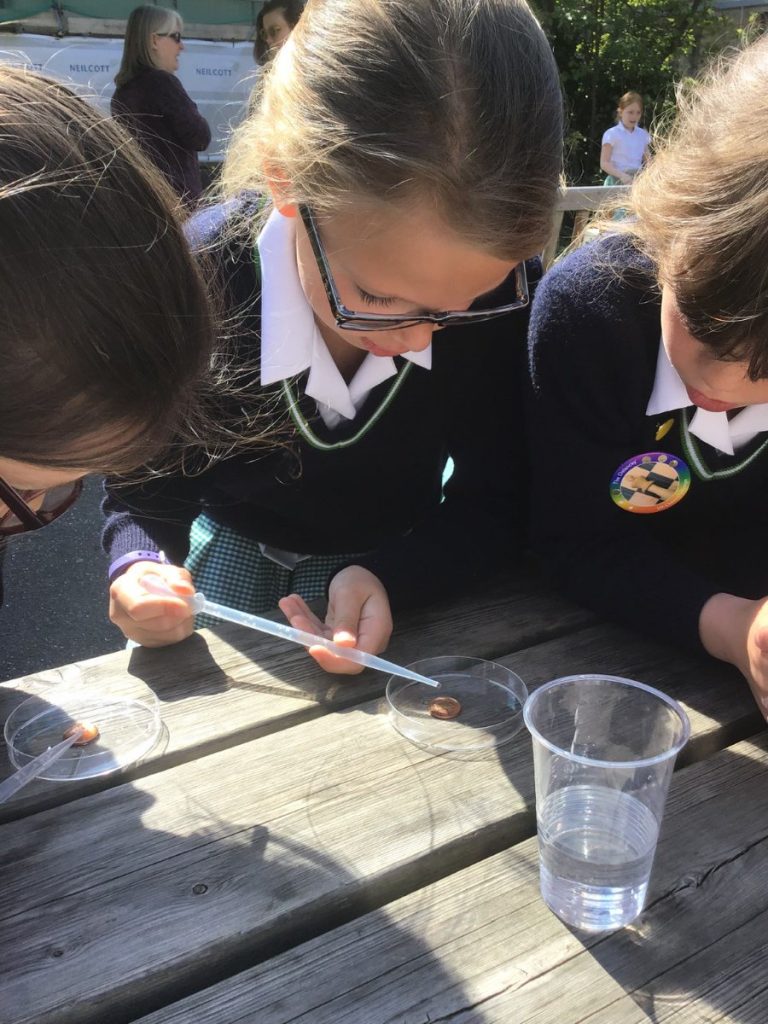 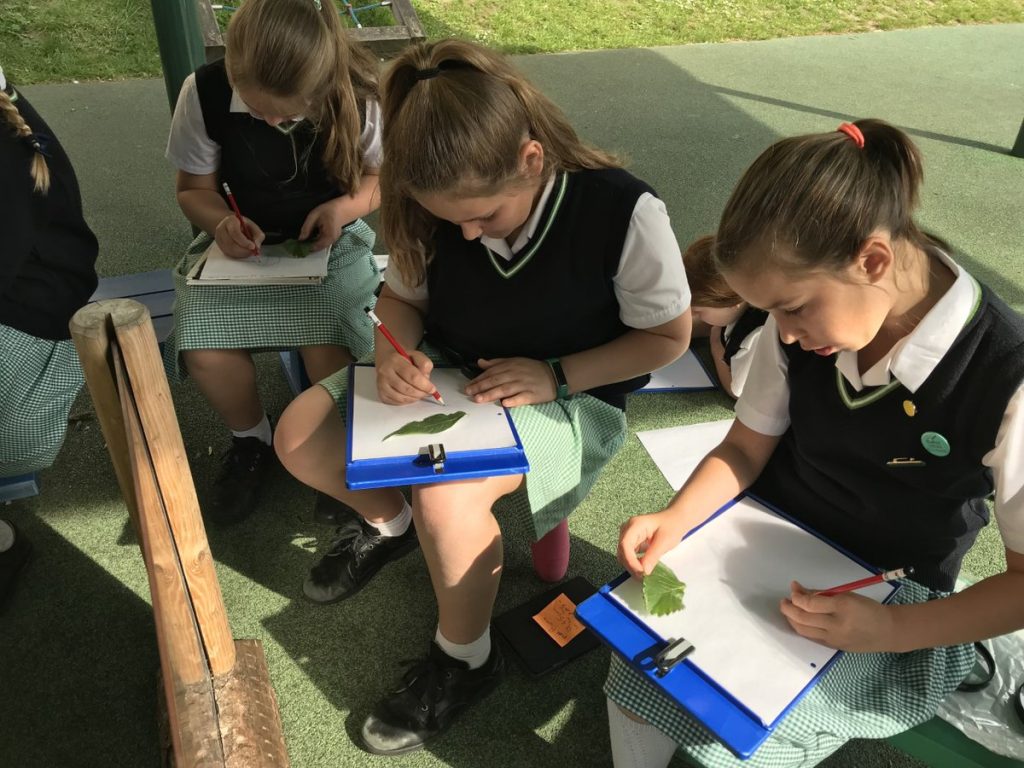 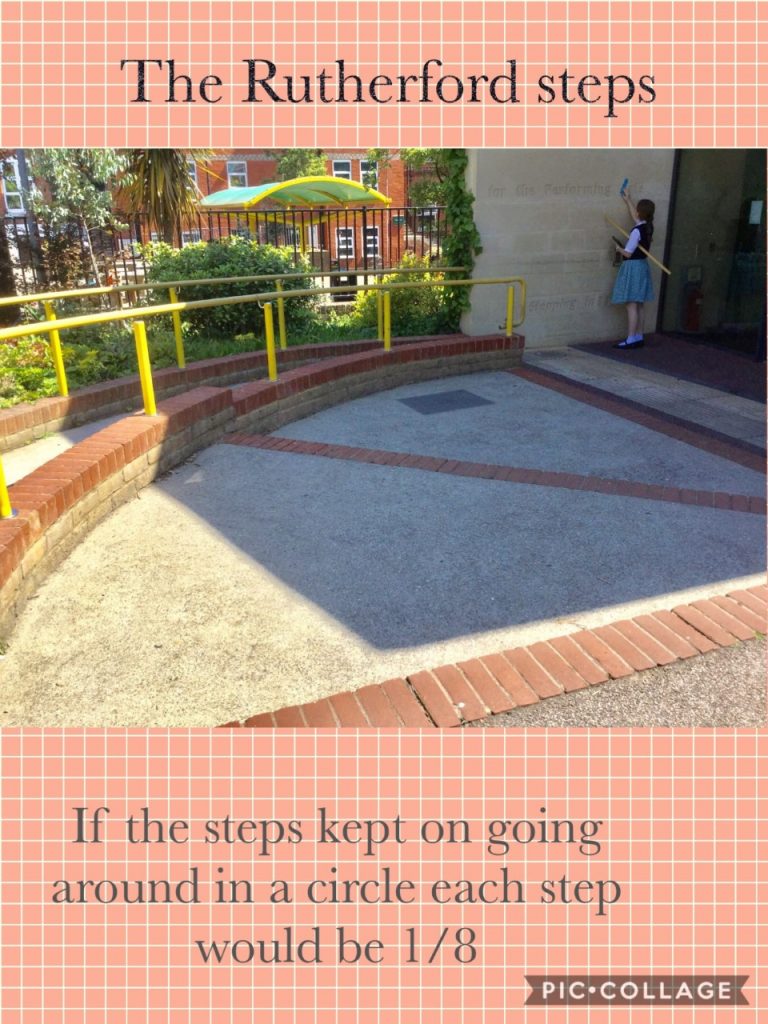 We were very excited to run a Primary IET Faraday Challenge Day this week for teams from 6 different primary schools including Wimbledon High. We welcomed teams of 6 girls from Corpus Christi Catholic Primary, West Wimbledon Primary, The Study Prep, Wimbledon Chase Primary and Coombe Hill Juniors. The engineering challenge involved designing and making a prototype lighthouse keeper transfer system, and presenting their product to the other groups at the end of the day. Each team worked together to plan their initial ideas, develop their final idea, and then make, test and improve what they designed. The teams were all fantastic, demonstrating a great deal of creativity, imagination, scientific knowledge and resilience, in what was a rather demanding task! The teachers’ team also worked very hard and were very competitive!

At the end of the day, all of the schools were complimented on the standard of their work. Coombe Hill Juniors won the prize for innovation with their ambitious motorised pulley system. West Wimbledon had a fantastic winder device and Corpus Christi Catholic Primary School were full of creative ideas and worked incredibly well together, with their impressive project manager, Cami at the helm. Well done to all our future engineers! 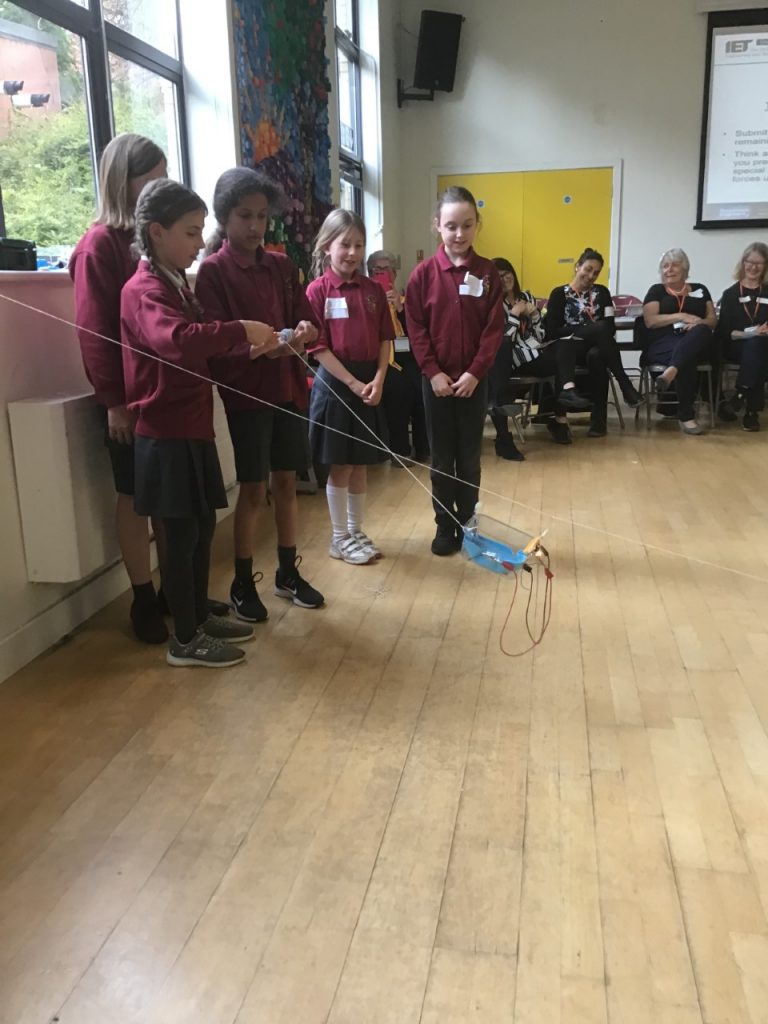 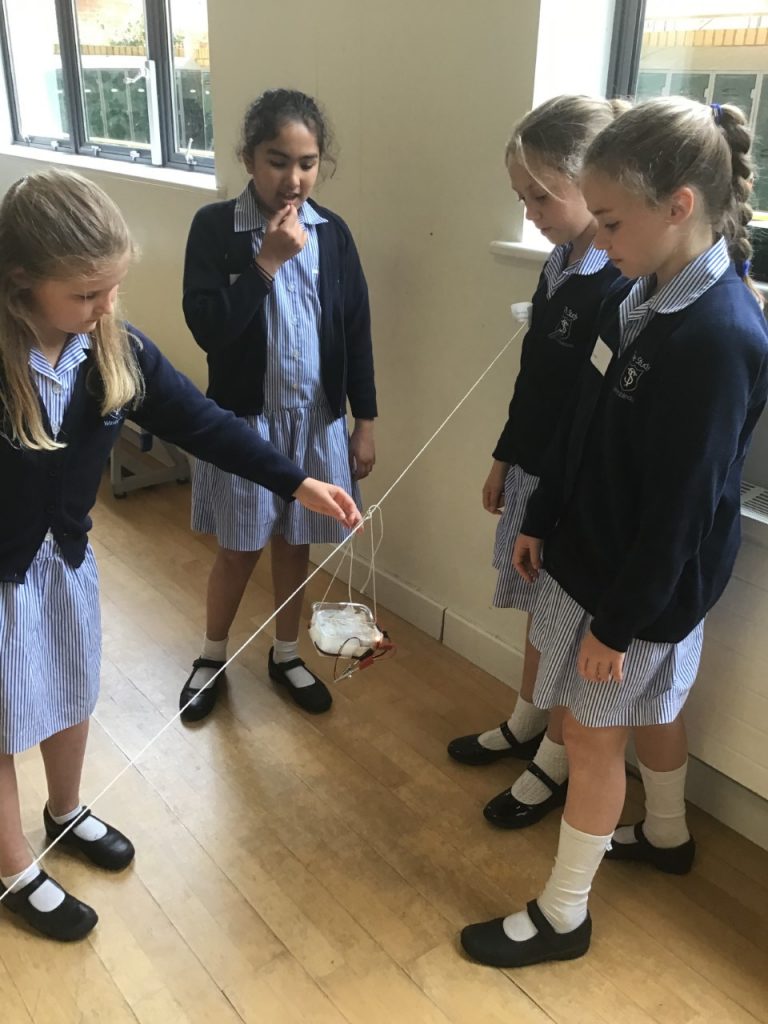