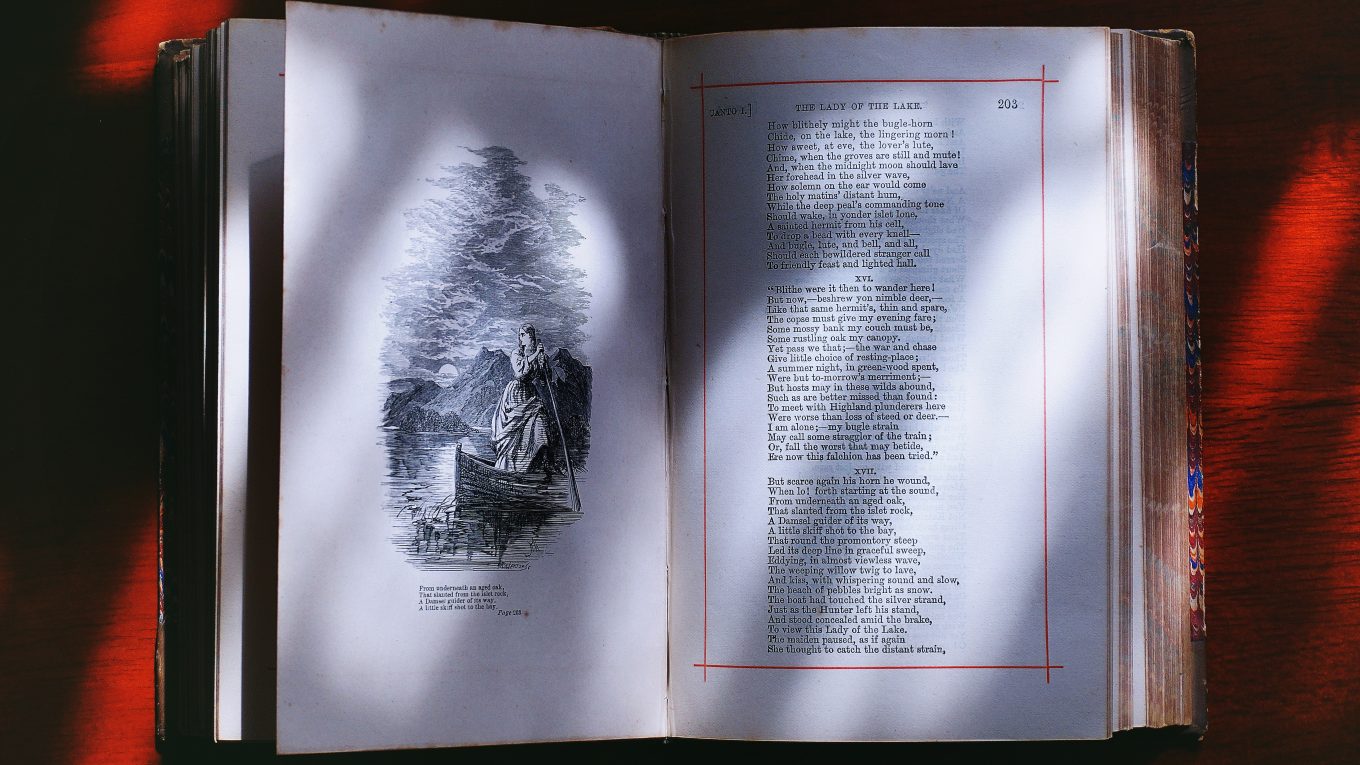 Ms Lindon introduces the concept of ecopoetry, and explores how literature and the arts can play a role in imagining and creating a more sustainable world

It would be easy to assume that poetry and the creative arts have nothing to bring to the challenges of environmental breakdown. The problems we face are explained to us in scientific, practical terms and we are encouraged to respond accordingly, calculating our carbon footprints (a concept created by oil companies), making more discerning consumer choices and sorting our waste.

But what if at the root of the problem is not simply the physical fact of the presence of billions of humans on the earth, but the way a significant minority of those inhabitants imagine their home – their planet – and their relationship to it?

Jonathan Bate, in his book The Song of the Earth (Picador, 2000), offers one definition of ecopoetry by looking at its Greek roots: oikos meaning ‘home’ and poeisis, ‘making’. He states, ‘Ecopoetry is not a description of dwelling with the earth, not a disengaged thinking about it, but an experiencing of it… Ecopoetry is not synonymous with writing that is pragmatically green: a manifesto for ecological correctness will not be poetic because its language is bound to be instrumental, to address questions of doing rather than to ‘present’ the experience of dwelling.’ He goes on, ‘Poetry is merely language. Yet poetry is not merely language, because when we allow it to act upon us it seems able to conjure up conditions such as dwelling and alienation in their very essence, not just in their linguistic particulars…’ He demonstrates how, through shaping space on the page, measuring out time and engaging our sensory capacities, poems directly evoke experiences of dwelling that can encapsulate our dwelling in the world beyond the poem too.

Why is it important to conjure up experiences of dwelling and alienation? These are mental and sensory states that have a profound impact on the ways we imagine and interact with the natural world around us. A quick scan through literature over time would show us the human mind at work in, for example, the Ancient Greek idea of escape from the problems of civilisation to the pastoral idyll or the connection of rural life with moral conduct; Hugh Brody’s exploration of the Bible as a text that articulates the struggles and concerns of farming societies; accounts of wild, hostile places heroically conquered by explorers; or the reverence for nature of the Romantics, and the rather unintended consequences of Wordsworth’s poetry about the Lake District contributing to the development of tourism in England.

It turns out that representations of the natural world are surprisingly saturated with ideological meanings, and that they can shape or distort our activities. We might see nature just as an inert backdrop for yoga poses on social media, a source of pleasure and relief, a way to live more ‘innocently’ or authentically, an aspect of our identity and ethics, a collection of economic resources, or a problem to be overcome or improved on.

But what the environmental crisis tells us with stark clarity is that above all, and despite what alienated billionaire astronauts might wish to believe, our planet – anthropocentrically speaking – is our home, and we need to learn afresh how to dwell in it, if we are to survive as a species. Among other things, this requires a tremendous imaginative shift. In developed societies, we have, in a sense, ‘forgotten’ how to dwell. We prefer flight, imaginatively, emotionally, intellectually and physically.

Our presiding myths – the stories we have grown up with about how to live and what our lives mean – are incredibly powerful. How easy is it really to replace the myths around individualism, success, security, wealth and progress that shape our lives in the UK, for example? Bate tells us that for Ted Hughes, ‘harmonious dwelling with the earth is a matter of staying put and listening in, whereas the rapacious drive of “progress” is towards travelling out and making claims – the claims of knowledge, of conquest and of possession’. A central part of the challenge we face in this century, is one of meaning-making, of reinvesting the natural world with the power to awe and enchant us, yes; but also to make us listen in and attend to it once more with the respect and humility it demands from us as the foundation of human life. Poetry can generate the imaginative power to help us dwell better, if we allow it to act upon us.

Kathleen Jamie, the new Scottish makar, on the public role of poetry

Why Ecopoetry? by John Shoptaw