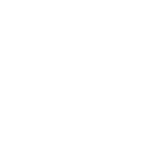 During the half term, as I have done every May for the past seventeen years, I travelled to the Hay Literary Festival in Hay on Wye. In 1977, bookshop owner Richard Booth conceived a publicity stunt in which he declared Hay-on-Wye become an ‘independent kingdom’ with himself as its monarch and a National Anthem written by Les Penning, and 11 years later, Hay on Wye became home to the world-famous festival. Throughout the year Hay is home to more than two-dozen second hand book shops, which flaunt signs such as “Kindles are banned in the Kingdom of Hay” and “Reading zone only”, and for 10 days of the year, bibliophiles and creatives flock to the town and transform it in to an accelerated hub of imaginative thinking, creativity and even more books. So many books.

The slogan for the festival is “Imagine the World”, which aptly describes the environment which you’re met with when you step foot onto the characteristic green carpeted walkways of the festival. This year the schedule was packed solid with the likes of Ruth Jones of Gavin and Stacy fame, comedian James Ancaster and humanitarian Chelsea Clinton, alongside a number of other renowned authors, academics, comedians, musicians and actors, and most excitingly for me, historian Helen Castor.

On the Tuesday, Castor spoke in depth about the life and reign of Tudor heiress Elizabeth I whilst promoting her addition to the celebrated Penguin Monarch’s series, “Elizabeth I: A study in Insecurity”. As the title suggests, Castor’s lecture focused on the fundamental idea that England’s iconic queen’s rule was underpinned and ultimately shaped by both political and personal insecurity.

As the history books will recount and as her portraits depict, it is common to paint Elizabeth as the image of monarchic power; she ruled in the so called “Golden Age” which saw momentous events of battle, exploration and artistic progression. Yet while this is a compelling depiction of the queen, Castor emphasised that her entire reign was punctuated by a constant knowledge that nothing could be relied upon.

From her hazardous upbringing at the hands of her brutal and impulsive father and her perilous accession after his death, to the immense religious division that split England and most of the continent, alongside her failure to marry and produce an heir, Elizabeth lived under constant threat. But, through her political acuteness, irrefutable decision making and compellingly enigmatic public persona, the last of the Tudor monarchs would become a timeless, fearless queen.

Throughout her upbringing, there was a profound sense of instability. In terms of psychology, from her early years there was little consideration of her succeeding the throne. With one male sibling and one, older sister, Elizabeth ever making it to the thrown seemed highly unlikely. After her mother, Anne Boleyn’s, execution she began being referred to a merely “Lady Elizabeth”, a direct insult to her authority and prestige. Unlike her siblings, Edward, who was the male heir, and Mary, who was the daughter of Aragonese Princess and therefore had powerful relatives on the continent, Elizabeth’s position was highly insecure and her title “Lady Elizabeth” served to undermine her authority from the outset. Castor identified that the Queen never spoke of Anne, yet when she eventually came into power she chose to surround herself with her mother’s relatives and concluded that her silence surrounding her mother is symbolic of her character; she was not outwardly emotional and often portrayed a public persona. Furthermore, she made little show about a minute section of legislation which she passed at her first parliament in which she enables herself to inherit from her mother and ensures that any previous legislation against Boleyn would be void.  Her guardedness is demonstrated by her famous quote “not to say in words as I think in my mind”. Even during key events, he “kept her head down so effectively” to the extent that in many cases there are few historical records of her thoughts and feelings. This is seen most notably during the Jane Grey situation and during her arrest in 1554 after her suspected role in a plot to overthrow her sister.

When Elizabeth finally succeeded her sister, she was inheriting a country “wracked by religious strife”. Elizabeth stated that “God had chosen me thy handmaid” although she was seen as a heretic by the Catholic population. Yet her insecurity did not solely rest in foreign opposition and internal religious crises, but can often be ascribed to a sense of personal paranoia and vulnerability which can attributed to her perilous upbringing.

“In trust I have found treason”

She made a conscious decision not to produce an heir which can be argued stemmed from a personal issue concerning relationships and inheritance. Throughout her childhood she maintained a formal relationship with her father, whilst being witness to his unfaithfulness and seemingly constant stream of wives. She was also well aware that every suit saw her as vital in the game of international diplomacy which, in turn, provided her with an innate cautiousness. She was incredibly aware and as a result excruciatingly infuriating to her male subjects as he refused to produce an heir to continue the Tudor dynastic line.

Her final triumph was in choosing her heir. She believed that choosing a successor would fuel plotters against her and her supporters, who did not believe in her decision, would turn against her. Despite this, she eventually appointed James I, a Scottish King with a lack of opposition. This was her final move in an attempt to end her inherited instability.

Overall, Castor’s lecture offered a new take on the iconic Queen and considered her life in the public eye as well her personal relationships with her father, mother and subjects. The talk made the audience consider the Queen as a human being rather than a symbol of English triumph in the Golden Age of intellect, discovery and global status. It was a really thought-provoking hour in the Hay tent.