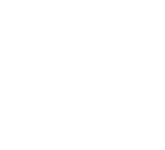 If an alien landed on earth, how would you describe Guy Fawkes night, I wonder.

On the 5th night of the 11th month of the year, generally on a dark, cold evening, drizzling with rain, we gather up our anxious pets and elderly relatives and lock them up at home, whilst we head out, shivering in the cold and damp, to the many municipal and private events around the country. We spend an hour watching the dizzying and deafening fireworks, eat undigestible sausages and imagine what it would have been like if the British Parliament were blown up with gunpowder, as the effigy of a Catholic is burnt on a pyre to demonstrate to the world that no one takes democracy and tolerance more seriously than we do.

“Why”, seems like a fair question in the circumstances.

Because, we elaborate, in November 1605, a group of eight Roman Catholic rebels plotted to blow up parliament and kill the king (James I), and had previously threatened Catholics by ordering all Catholic priests to leave the country. After sneaking 36 barrels of gunpowder into a cellar of the House of Lords, one of the plotters, Fawkes, failed to ignite the fuse, and soon after was arrested and brutally tortured to give the names of his fellow conspirators. 411 years later, the chap is still paying for his failure.


The 5th of November is, in part, a celebration of the importance of our parliament, and in today’s intensely polarised political climate, I wonder how many people believe in parliament as a bastion of democracy and how many believe it should be eradicated as the 1605 plotters intended. The last few months, in particular, have drawn a sharp focus upon the role of parliament and its sovereignty. If I remember rightly, parliamentary sovereignty was one of the cornerstones of the Leave campaign at the time of the EU referendum. Now, however, when parliament is exercising its sovereignty and demonstrating its power and determination to lead the country through engagement and debate, it is suddenly regarded as superfluous to requirements, so much so, that it has been prorogued more frequently than any time in recent history.

Going back to our hapless catholic, Mr Guy Fawkes, how do we justify the burning of a man at the stake based on his religious conviction as a jolly event, by actually calling it Guy Fawkes night? Would it interest you to know that initially the fire traditionally contained an effigy of the Pope? I suspect ‘burn the Pope night’ or ‘ burn the Catholic night’ would receive a very different reaction. Sadly this is not as far-fetched as we may like to think. You will recall that in 2018, the Grenfell Tower was used as a Guy Fawkes Night effigy and found its way online. Laughter can be heard, comments about the represented residents “not paying the rent” were made. Of course, the video created immense and righteous outrage. It also revealed a disturbing underbelly of intolerance that a significant minority seem to accept as normal. It is time to question what it takes for a distasteful, discriminatory and dissonant tradition to be repealed and replaced so that we do not encourage or facilitate more callousness, intolerance and hatred like the Grenfell Effigy. It’s time to reconsider our approach to many things including this event.

I think the most important thing to remember as a society is to put thought into our actions – be more mindful in fact. The mindless act of burning the guy is uncomfortable in the present day, and plays into the narrative of the ignorant and those that mobilise them for their own gain.
I think we would do well to think about what we are celebrating on Guy Fawkes night and why we are celebrating Guy Fawkes night.

Enjoy your fireworks, keep your pets safe, and perhaps give a penny or a pound to a guy or girl who sits alone and hungry in the cold and rain on your way to watch the burning of a straw man, whose combustion will inevitably contribute to global warming and nothing more. But then again, if you think burning the guy is the right way for you to celebrate Guy Fawkes night this year, I can only hope that maybe, just maybe, by next year this time, you will have the opportunity to reflect and create your own traditions. Traditions that will be really worth celebrating.