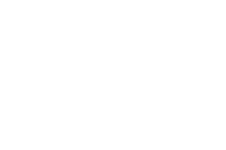 Q: What’s the funniest moment you’ve experienced at this school?

A: I think it was when my year 13s were discussing the relative social status of themselves and society. I remember Jess Searle describing being broke as “temporary poverty”…

Q: What were your most memorable experiences in 6th form?

A: Lessons were optional, you only needed a 70% attendance rating so they don’t kick you out and the 30% remaining time was for fun. A good example would be that… hmm, we went off our own back and used to go and camp out in the woods behind the school. We took up camping equipment thinking we were grown up, built our own fire without putting anything around it and managed to cause a minor, minor forest fire behind our school. We were able to put it out again so it was fine – I mean we thought we did. All the tents had collapsed on each other and one of the tents was ablaze – luckily no one was in the tent – but we should have been in lessons at this point, because it was 9.30 am on a Friday. Dr P definitely did a lot better taking kids out to the woods.

Q: Who are your closest friend(s) amongst staff?

Also, Dr Parsons. I like to go into his office and change things around which makes him very mad, but in all fairness he should lock his room and his computer.  And Mrs Lunnon, she’s everyone’s best friend. Or I’m just too scared to say otherwise….

Q: Do you support pineapple on a pizza?

A: Definitely not, I’ve had many types of pizza but pineapple is best eaten on its own. I’ve eaten a chocolate pizza and an all day breakfast pizza, I will eat anything on a pizza, but a pineapple belongs in a fruit bowl

(What on earth is a chocolate pizza?)

Chocolate works on a pizza, it’s effectively just a nutella pizza on pizza dough, there were maltesers on it, it was pretty good I’m not going to lie. Pineapple just wouldn’t do that for me, it’s a disappointment as a culinary weapon in the pizza maker’s arsenal.

Q: What Hogwarts house would you identify yourself to be in?

A: That’s interesting, I would like to believe that probably Hufflepuff, just because no ones else ever chooses it.

(Perhaps there’s a reason no one ever chooses it…)

So what is that reason?

(Because they’re all mediocre)

What!? No one from Hufflepuff ever caused any trouble,

Ok well clearly I’m not acquainted enough with the high literature that is Harry Potter. I think some of my former pupils would have identified me as being in Slytherin but its just not true

(why would they say that?)

Just because I’m manipulative and cruel, I don’t intend to be. They just think I am. Whereas I think I’ll just be in Hufflepuff and bumble along in my own innocent way.

A: Taurus – which is quite a fun one I’d probably stick with it.

(Do you think it’s fitting?)

I guess I’m a lot calmer than the bull.

I think leaving law and going into teaching broke any link between happiness and material wealth.

Q: What’s your favourite song/last song played on your phone?

A: Let’s see the last song I played was….’Take me to church’ by Hozier, is that the correct way to say the band name? And then for my anthem, I guess it depends on my mood, I obviously love a bit of Eye of the Tiger if I’m at the gym, it’s hard not to go for a classic like that…

But the things is you have to take yourself very seriously for Kashmir to be your anthem, whereas Eye of the Tiger is suitably (first) awesome and (secondly) very very lame at the same time. If I’m bored – REO Speedwagon, probably – do you even know who that is?

(Nope, not even a little bit.)

That’s disappointing. Well that sums up my eclectic taste.

Q: What would be your advice to students?

Well I have some for the sixth form students. Sixth formers really do need to understand that examinations are not evidence of excellent scholarship, they are a by-product of excellent scholarship. And some haven’t grasped that general theory, there is an emphasis on exams and results rather than on being brilliant on the subject you really like.

For life advice? Always ask Mr Murphy for advice over Miss Kennedy, unless you’re really sad, then go to Miss Kennedy she’s much better at that than I am.

Q: What was the last lie you told and why?

Good question… I told Miss Kennedy that I hadn’t eaten that many sweets from the sweet jar that she has in her office, but I’ve actually stolen, like, all of them. I ate all the flying saucers and the pink panther feet and all the fruit sours. I don’t like the black jacks so I left them. That’s not that bad a lie right? It’s a nice lie.

I’ve not told any sixth formers that it’ll be ok when it won’t be yet, that would be cruel…