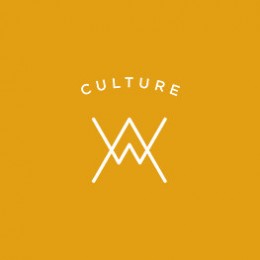 The rainbow flag as we know it today is the most widely recognised symbol of the LGBT pride movement. Its colours are vibrant and varied, and so are widely interpreted as representing these same qualities in the LGBT community, but Gilbert Baker (an activist and artist born in 1951) designed the flag with a specific meaning in mind for each stripe.

A Brief History of the Rainbow

Julie d’Aubigny embodied just about everything that WHS pride week is about. A fearlessly individualistic, gritty by the gallon, incredibly musical (get your tickets to the pride party on Friday, lads) bisexual sword-wielding arsonist of the 17th century… No? That’s not what WHS pride week is about? Shame. Nevertheless, Julie d’Aubigny knew how to have a pretty good time of it.

Currently, Ariana Grande and Taylor Swift are two central artists in the pop-music sphere. Grande is at the pinnacle of her career, following the release of “thank u, next”, and Swift is in the inactive stage between album cycles after a whirlwind several years as one of the front runners in the pop industry. With both sharing enormity in their successes, it is natural to wonder if they also share the traits that made their music so relevant.

The Success of Grande and Swift in Comparison

Gabriela Brimmer, a Mexican woman of Jewish descent, was born with cerebral palsy in 1947 when there was little concrete knowledge of the condition. Her family was told she would categorically not live past the age of ten and would likely never manage to communicate. In fact, Gaby lived until fifty-two, published numerous poems, and co-wrote an autobiography and a film about her life. With support from her life-long caregiver Florencia Sanchez Morales, Gaby learnt to point to letters on an ‘alphabet board’ and eventually type on a typewriter (which she nicknamed ‘Che’ after Che Guevara) with her left foot- her only mobile body part. She received only a limited education from an elementary school for disabled pupils- a marked disadvantage considering the stigma around disabilities in the 1950s which caused under-funding and few appropriate resources. However, Gabriela and her family soon began to campaign for public high schools to accommodate Gaby, who passed their entrance exams with almost no suitable teaching. To overcome stubborn school authorities who initially rejected Gaby, her mother Sari shared works of Gaby’s poetry until they grudgingly admitted her as a student. After graduating high school, she was accepted into the National Autonomous University- easily one of the most selective and respected universities in Mexico, to study sociology on a social and political sciences course. Florencia accompanied her loyally, interpreting her communication during lectures and helping her move around campus, even carrying her and her wheelchair up flights of stairs.