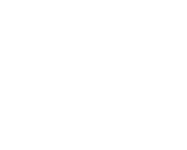 As pride month enters full swing, it seems that corporations are scrabbling to brush up their public images and advocate for the LGBT community. And in no industry is this agenda more poignant than Hollywood. This is partly because the audience for LGBT-inclusive narratives has become more widespread and thus such films are becoming lucrative- for example, ‘Brokeback Mountain’ was the top-grossing focus feature film at the time of its release. But another (less cynical) reason for the relevance of diversity in Hollywood is the disproportionate number of LGBT individuals, especially gay men, who work as actors or performers. But though there is now more LGBT representation the film industry, controversial casting decisions can mar the progress made.

Filmgoers have recently begun to debate whether heterosexual actors should be allowed to ‘play gay’. Several activists take issue with the way movies can oversimplify the journeys of LGBT characters, and argue that these characters can only be done justice by an actor who understands the nuances of a gay identity personally.

But most storytellers are becoming far more sensitive and endeavouring to provide developed and authentic depictions of LGBT characters. For instance, Becky Albertalli, author of ‘Simon vs the Homo Sapiens agenda’ who worked closely with the creative team of ‘Love, Simon’, describes the work as ‘a love letter to a community of kids who are really important to me for professional and personal reasons’. As a clinical psychologist working with teenagers, Albertalli formed bonds with adolescents who struggled with their sexualities. She also asked LGBT readers for feedback throughout her writing process. These facets combined gave her a deeper understanding of her LGBT characters, and the heart-warming candour that made ‘Love, Simon’ the third highest grossing 20th Century Fox teen romance, piqued by a little-known, inconsequential story of ‘Romeo and Juliet’.

In addition to this, the very nature of acting involves telling a story outside of one’s own experience. Pigeonholing actors into playing roles based exclusively on their own struggle in the name of authenticity can do more harm and good. It clearly encourages typecasting and enforces the notion that LGBT identities are ‘other’ and that straight individuals should not connect with or learn about the experiences of the gay community in allyship.

However, the controversy around casting transgender characters is another story entirely. While gay actors can take on heterosexual characters to avoid typecasting, most trans actors aren’t given the option to play cisgender parts. Although some trans individuals can pass as their gender and, many have characteristics that render them ‘unsuitable’ for cis characters, from height to voice to facial structure. Casting agents generally prioritise ‘passing’ because gender non-conformity is still viewed as unacceptably alien and therefore is seen as ‘distracting’ viewers. This means their only option is to surrender to typecasting and exclusively play trans characters.

Unfortunately, the lack of casual representation means that almost all stories including trans characters focus on coming to terms with one’s gender identity. On one level, it’s crucial to explore the emotional journey of transitioning which is often of utmost importance in a transgender person’s life. But sadly, the reduction of trans people to only their experience of gender tends to require the narrative to begin pre-transition. For example, in the movie ‘The Danish Girl’, Eddie Redmayne, a cisgender man, plays Lili Elbe, a trans woman shedding her masculine identity of Einar Wegener. Redmayne’s emotional performance garnered a positive critical response, but more importantly, he could physically resemble his character through all stages of the transition. By contrast, trans actors would often feel uncomfortable playing a character who is at any point presented as the actor’s biological sex, whether it is before or after the character transitions. Interestingly the role of Lili was initially given to Nicole Kidman, a cisgender woman. This highlights the privilege of cisgender actors to play roles that they do not have the first-hand emotional experience for and could not physically portray. Such liberty is simply not offered to trans actors.

To conclude, gay roles should not have to be played by gay actors as long as the storylines are handled with sensitivity and thoughtfulness. However, progress is still required in considerately casting trans characters, because roles are severely limited for trans actors. This restriction does not impede gay actors playing roles foreign to them in the same way.