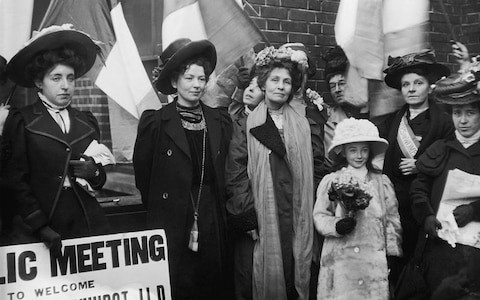 When contextualising, students are encouraged to reflect on their own thinking process – how has the context in which they live influenced the conclusions they come to in the classroom? This metacognition is essential when tackling some of the more controversial and difficult topics in history. But the importance is broader than this. As Holly shows, this sort of thinking is crucial in our current climate.

‘Many students may not explain or interpret historical phenomena successfully because they tend to interpret the past with their current beliefs, value and knowledge.’ (Huijgen and Holthius p30)

Tim Huijgen and Paul Holthius present an argument for the importance of historical context both as something for students to be taught, and as a potential barrier to learning. I certainly agreed with their emphasis on the importance of contextualisation. Historical contextualisation is crucial for students to interpret the past successfully, but also has broader benefits, such as the opportunity to build empathy and compassion, and for students to reflect on their own thinking process – how has the context in which they live influenced the conclusions they come to in the classroom? It also has benefits across the subjects – how can Oliver Twist, Stravinsky’s Rite of Spring or a painting by Vermeer be interpreted successfully without historical context? 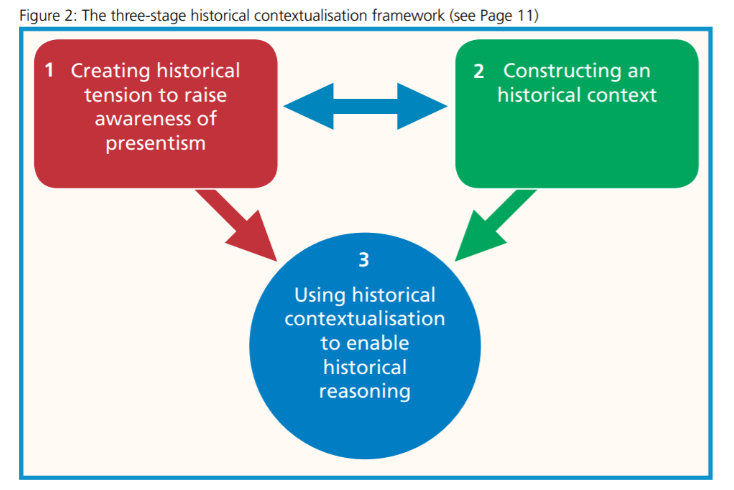 Huijgen and Holthius used a three-stage framework to teach contextualisation:

‘Nowadays you have to be 18 years old to drink a beer in the Netherlands. However, in the Middle Ages even very young Dutch children drank beer regularly, even at breakfast. Moreover, the average consumption of beer was around 300 litres of beer a year. Did these people not know any better?’

‘View the picture. The beach patrol was measuring bathing suit length in 1922 in the USA. If the bathing suit was too short, a woman was asked to leave the beach. Is that not ridiculous? Should women not decide for themselves what to wear?’

Huijgen and Holthius’s investigation is clearly relevant to our focus on metacognition. Encouraging students to reflect on what factors may have influenced their ideas and adjusting those ideas as they acquire more knowledge allows them to reason and form judgements more effectively. However, what stood out to me when reading this article is how crucial contextualisation is when discussing the more controversial, difficult topics in History.

In our current climate, this point is absolutely crucial. Students are not wrong to argue that racism or misogyny is awful, but they must acknowledge that the different beliefs, values and knowledge held by people at the time if they are to understand why events happened the way they did. Year 9 historians are currently completing an enquiry investigating ‘how revolutionary were the suffragettes?’ It would be impossible for them to answer this question successfully without considering how different views about gender were a century ago. That being said, Huijgen and Holthius could also acknowledge that historical sources often give prominence to particular social groups, which can potentially skew our understanding of values at the time. For example, low levels of literacy and violent intimidation of African-Americans in the Deep South in the early twentieth century means that sources from the region expressing opposition to the racist Jim Crow laws are few and far between, which could lead historians to reach the lazy conclusion that ‘racism was seen as more acceptable back then.’ For historical contextualisation to be most successful, we must understand what views were held at the time, but also consider how easy it was for people to express those views.

The results from this study showed that students taught using this framework more consistently demonstrated historical contextualisation in their writing. I would have liked to see further analysis considering to what extent using historical contextualisation improved the quality of their work, and their ability to answer a range of questions set. Nevertheless, I found this article tremendously valuable as it highlighted the importance of context and the consideration of perspectives different from our own when forming judgements both in and outside the classroom.